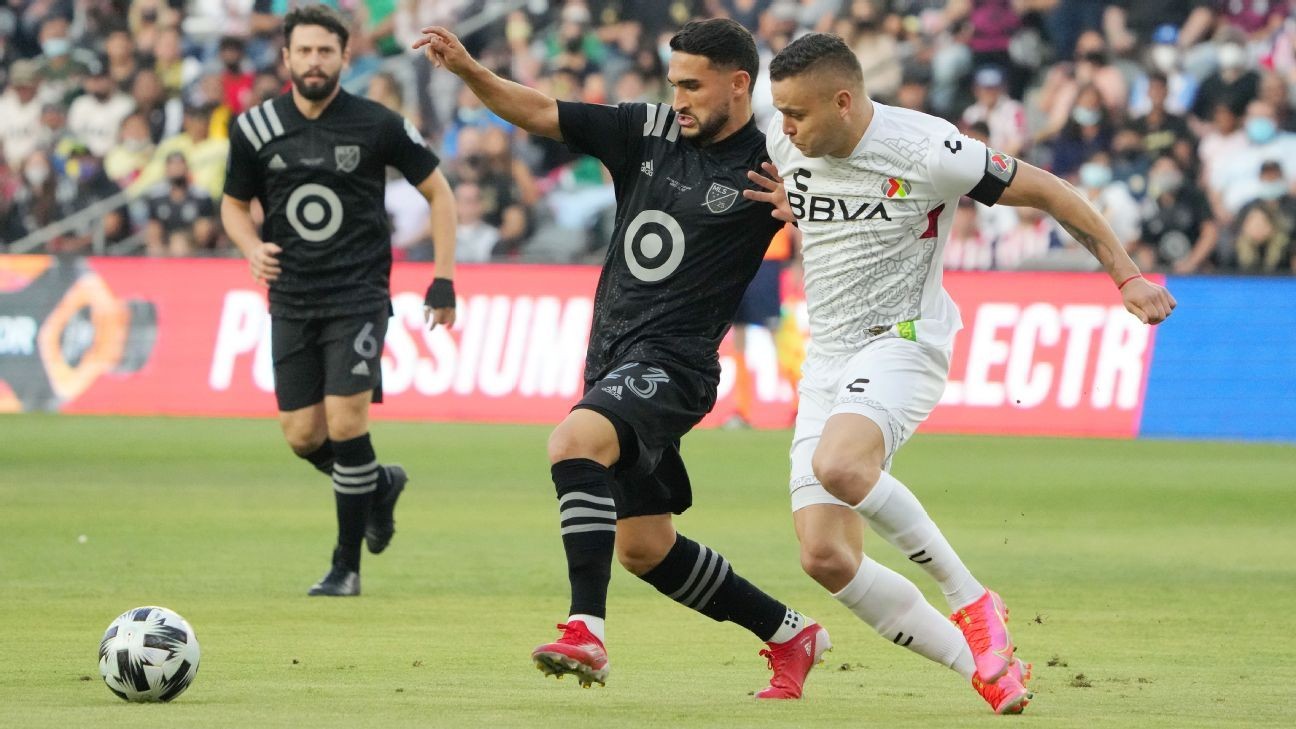 The 2022 All Star Game will be held Aug. 10 at Allianz Field in Minneapolis.

"We are thrilled to bring the MLS All-Star game and festivities back to Washington, D.C., a city with a rich soccer history, as well as a diverse and vibrant soccer culture," MLS commissioner Don Garber said in a statement. "D.C. United and the community have always held a special place in the hearts of everyone who believed in the power and growth of soccer in the U.S., and Audi Field will provide an incredible backdrop for next summer's game."

The opponent or format of the game has yet to be announced. Last year, the MLS All Stars played against an All-Star team from Liga MX, which will be the case again in this year.

With an expanded Leagues Cup tournament next season that features more overlap between MLS and Liga MX teams, MLS will likely consider other options for the All-Star game, a source said.

"When we made the decision to build a soccer-specific stadium in downtown Washington, D.C. it was our vision for it to become an iconic sports venue, one of the top stadiums in Major League Soccer, and have it create lifelong memories for the members of our community," Jason Levien and Stephen Kaplan, co-chairmen of D.C. United, said in a statement.

"To accomplish this, we knew we needed to host unique year-round events that would unite our wonderful city."