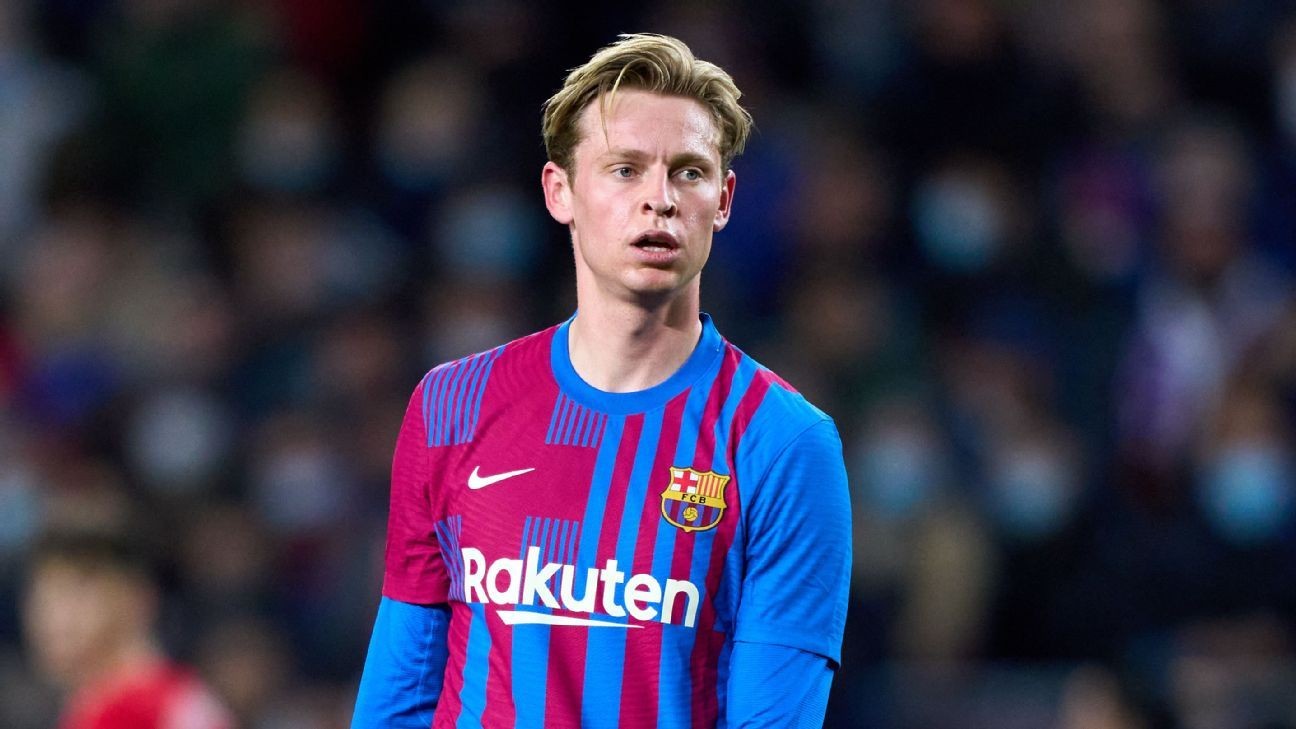 Barcelona coach Xavi Hernandez has said that the club's financial situation could dictate the future of midfielder Frenkie de Jong -- while saying that Robert Lewandowski's age wouldn't count against him as a possible summer signing.

With two games left to play in LaLiga -- starting with Sunday's trip to Getafe -- Barca are already assured of a top-four finish, and looking ahead to next season after a trophy-less campaign.

ESPN reported this week that De Jong, 25, would prefer to stay at Camp Nou amid interest from Manchester United -- while Lewandowski, 33, has been heavily linked as a potential target with just a year left on his contract at Bayern Munich.

"For me [De Jong] is a very important player," Xavi told a news conference on Saturday. "He's almost always been a starter, except when I've rotated [the team]. He is a fundamental player, but then there is the financial situation of the club.

"Not just with Frenkie, I mean in general. He's a player I like a lot, but we'll see how the situation is."

Barca's finances are delicate, with LaLiga setting their most recent squad spending limit at -€144 million -- meaning that they are restricted to spending only 25% of any savings they make through player sales.

"The circumstances of the club dictate [what we do]," Xavi said. "I play an important part in decision making. From there, we depend on the financial situation. In a few days we have to know where we are, to be able to plan for next season."

After Barca were unable to compete for the signing of Erling Haaland -- who agreed a deal to join Manchester City this week -- reports have linked the club with a move for Lewandowski, with suggestions the forward would like a new challenge away from Bayern.

"I signed Dani Alves at 38," Xavi said when asked about his attitude towards more experienced signings. "It isn't about age, it's about performance. Players look after themselves so much and every year they're more professional.