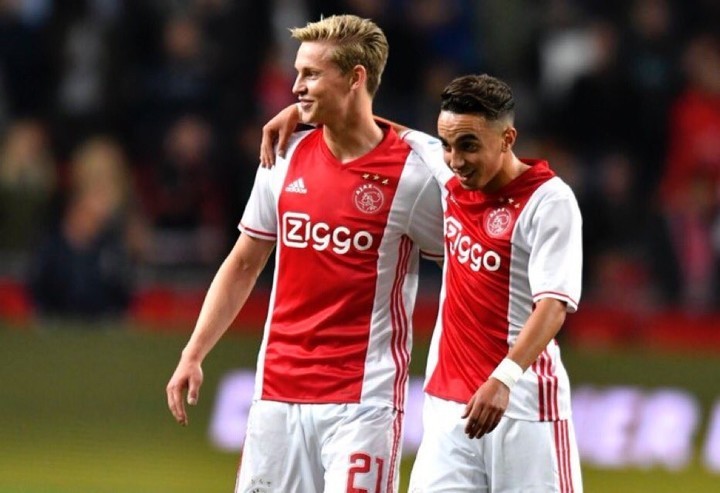 Frenkie de Jong has revealed that he visited Abdelhak Nouri before making his choice to join Barcelona in the summer.

On Thursday night, De Wereld Draait Door, was dedicated to Abdelhak Nouri, who suffered brain damage in the summer of 2017 after collapsing during an Ajax friendly.

The programme was attended by Nouri’s family along with ex-teammates and friends Steven Bergwijn, Frenkie de Jong and Donny van de Beek.

De Jong revealed that Nouri had convinced him to join Ajax from Willem II instead of PSV Eindhoven, “In that period I had decided that I would leave Willem II. Then I happened to have a tournament in Greece with the Under-19’s. Appie said to me: “No, you have to come to Ajax. Then we can all play there. What are you going to do at PSV? Just come to Ajax. He talked to me a lot. “

Then when De Jong was choosing between PSG and Barcelona in the summer, he visited Nouri at his home, “I started to have doubts. Then Appie’s mother came in and asked him,” Where should Frenkie go?” She named the clubs and said, “Should he go to Barcelona?” Then Appie signalled with his eyebrows to agree. That was a very nice moment for me and the family. ”

Van de Beek believes Nouri would have reached the top of the game, “In our opinion, yes, he really had the qualities to reach the top. I was convinced it would happen someday. I’ve always said that. Unfortunately we will not find out, but in my opinion absolutely. How we now play at Ajax, he certainly would not have been out of place. He would have a very important role. “