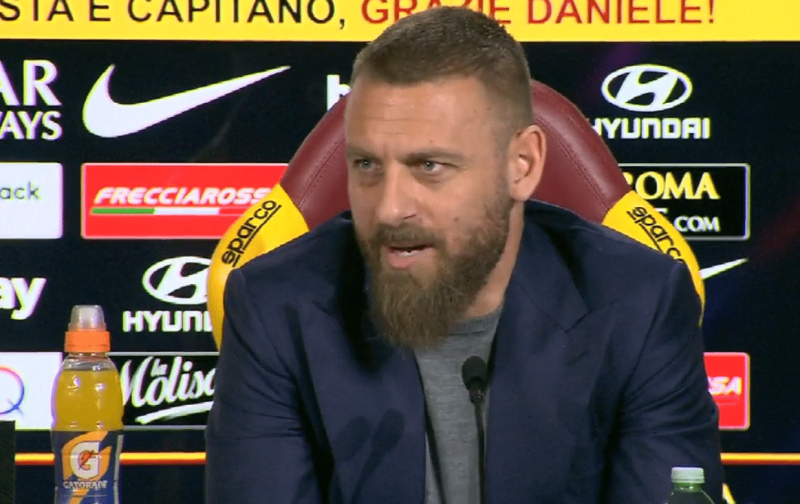 The acrimonious split between Daniele De Rossi and Roma continues, as the midfielder told supporters he wouldn’t return to the club even if he was asked to.

Giallorossi supporters have made their anger be known by placing banners around the capital, with president James Pallotta being singled out as the main culprit.

Ultras staged a sit-in at the Trigoria training ground on Wednesday, with De Rossi, Claudio Ranieri and director Ricky Massara all meeting with supporters under the rain.

“Even if they asked me to come back now, I wouldn’t do it,” De Rossi told the fans according to La Gazzetta dello Sport. “I’ve accepted the club’s decision.

“No, Daniele this isn’t right,” was their response.

It’s reported Ranieri also told the fans not to take their anger out on those working for the club, as the decision came from ownership.