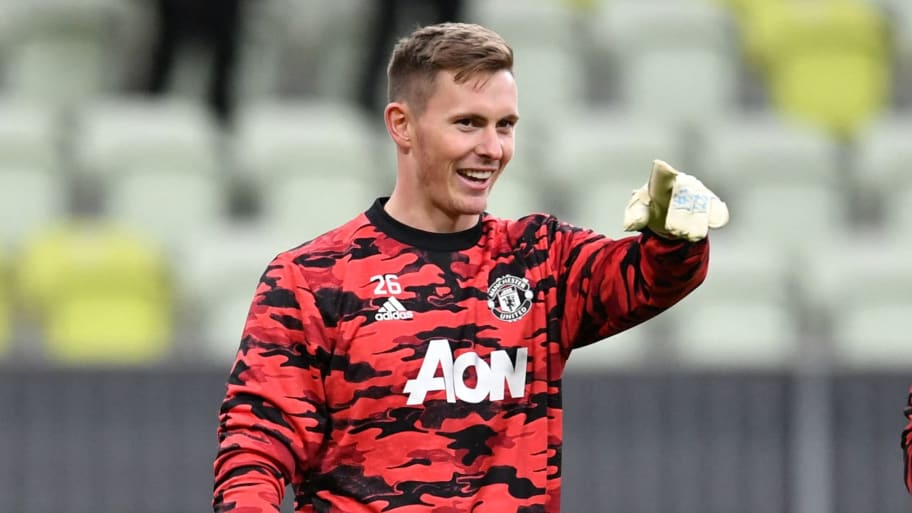 Manchester United will reassess the future of goalkeeper Dean Henderson in January, but the 24-year-old’s representatives are already exploring the options for a possible move, 90min understands.

Henderson managed to displace David de Gea as United’s number one in the Premier League towards the end of last season, starting ten of the final 12 games. However, a prolonged summer battle with fatigue brought on by COVID-19 has set him back.

In the meantime, De Gea has started to recapture some of his form of old.

Henderson, who turned 24 in March, has only been involved this season as an over-age player in a couple of Under-23 games so far as he builds up his fitness levels following his illness.

He has been itching to be United’s permanent number one ever since returning from a successful two-year loan spell at Sheffield United in 2020. But the events of the last few months have left his prospects of a long-term future at Old Trafford clouded once more.

90min understands that manager Ole Gunnar Solskjaer has told Henderson to fight for his place until the next transfer window opens in January – a tactic already being deployed by Jesse Lingard.

United staff then plan to reassess the situation and Henderson could ask to leave if he has not made any headway. His team of people are already in discussions with clubs both in England and abroad to gauge interest should he be become available and require a move.

Henderson has also been warned by England manager Gareth Southgate that he needs to be playing regularly at club level if he is to have a chance of taking over as England number one, which is set to be another factor in any decision about his club future.

Aston Villa had been interested in Henderson prior to signing Emiliano Martinez in 2020, while Celtic were a short-term option. Borussia Dortmund - who have a proven track record developing English players - and Tottenham have also been linked within the past year.