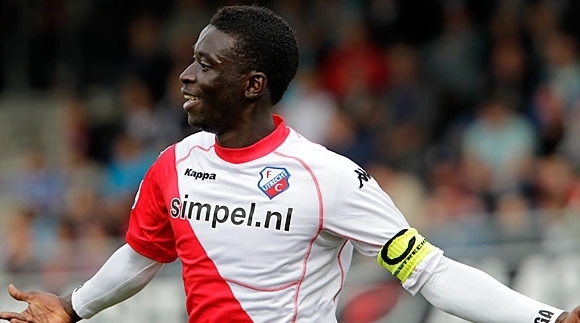 Asare, whose contract expires in June 2013, is among the high salary earners which the club can no longer afford.

FC Utrecht have an estimated deficit of 5 million Euros and have now set a salary ceiling for their players' earning at 250,000 Euros a year.

When the transfer window re-opens in January, the former KV Mechelen player will have to look for a new club.

Asare has been targeted by Dutch giants Ajax Amsterdam as a replacement for Belgian Jan Vertoghen who left for Tottenham Hotspur this summer.

The 26-year-old, captain of the side, has made 15 appearances so far and scored two goals.

He is in contention for a place in Ghana's squad for the 2013 Africa Cup of Nations.