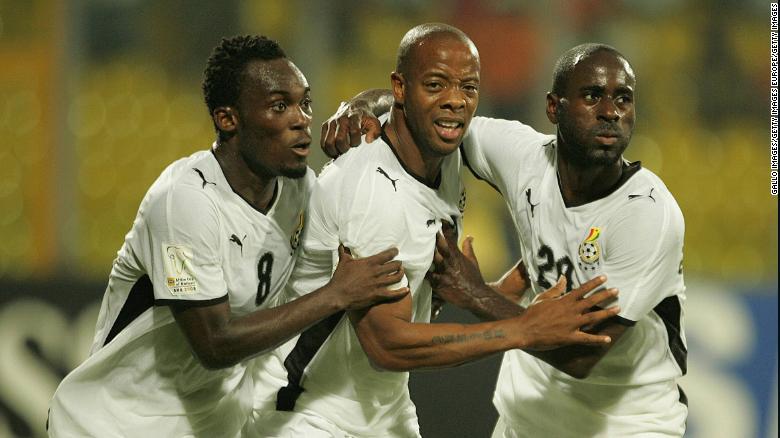 The footballing world was shocked and stunned last month when Ghanasoccernet.com revealed of the death of the striker at the age of 40.

Now his family has told Ghanasoccernet.com the former Zamalek striker will be cremated at St Mark's Hamilton Terrace in London on September 29.

Agogo, who played for several clubs during his career, passed away at his base in London on Thursday, August 22 after seemed to have recovered from a severe stroke attack.

He was hospitalized in 2015 after suffering stroke which debilitated him.

A former international footballer for Ghana and a number of English football clubs has died at the age of 40.

In 2008 he scored the winning goal as Ghana beat Nigeria in the quarterfinals of the Africa Cup of Nations, though the Black Stars were then beaten in the semifinals by Cameroon.

However, in the tournament's third place match Agogo also scored in Ghana's 4-2 win over the Ivory Coast. 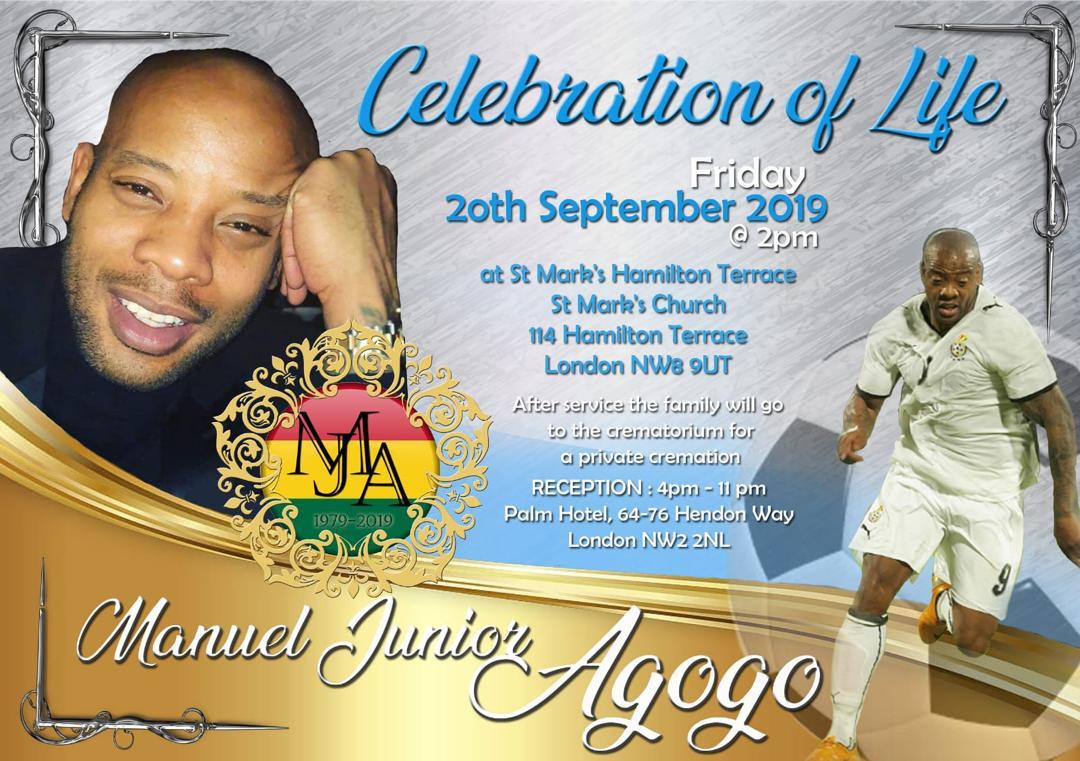 The striker's career was dominated by spells in England -- notably with Nottingham Forest, Sheffield Wednesday and Bristol Rovers -- but he also played football in Cyprus, Scotland and the US.

Agogo reportedly suffered a stroke in 2015 and struggled with his speech afterwards.

He began his career at Sheffield Wednesday but only made two Premier League appearances for the Owls.

Agogo went on to join and flourish at Bristol Rovers in 2003, where he scored 41 goals in 126 appearances.

His former clubs turned to social media to show their respect.

Agogo joined Nottingham Forest in 2006 and quickly won over the hearts of fans at the City Ground.

He played a leading role in the club's 2007-2008 league campaign, helping Forest win promotion to the Championship -- English football's second tier -- according to one fan.