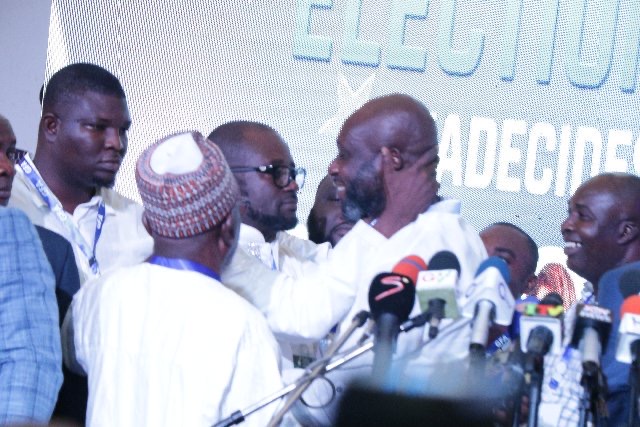 Mr. Okraku was voted in as the new president of the country’s football governing body head on Friday.

The Dreams FC chief won the first contest after polling 44 votes against George Afriyie who had 40 with Nana Yaw Amponsah and Fred Pappoe bagging 27 and 6 votes respectively with Amanda Clinton and George Ankamah failed to grab a vote.

Former GFA vice president, George Afriyie conceded defeat ahead of the third round of the election.

Mr. Kurt Okraku was elected as the new boss of the Ghana Football Association after polling 93 votes of YES as against 26 delegates opting NO.

Despite the bitter loss, Mr. Afriyie extended a congratulatory note to Dreams FC capo and took the opportunity to thank the delegates who a played a role in the voting process.

Okraku has succeeded embattled Kwesi Nyantakyi who stepped down as the FA boss after a lifetime ban from FIFA.