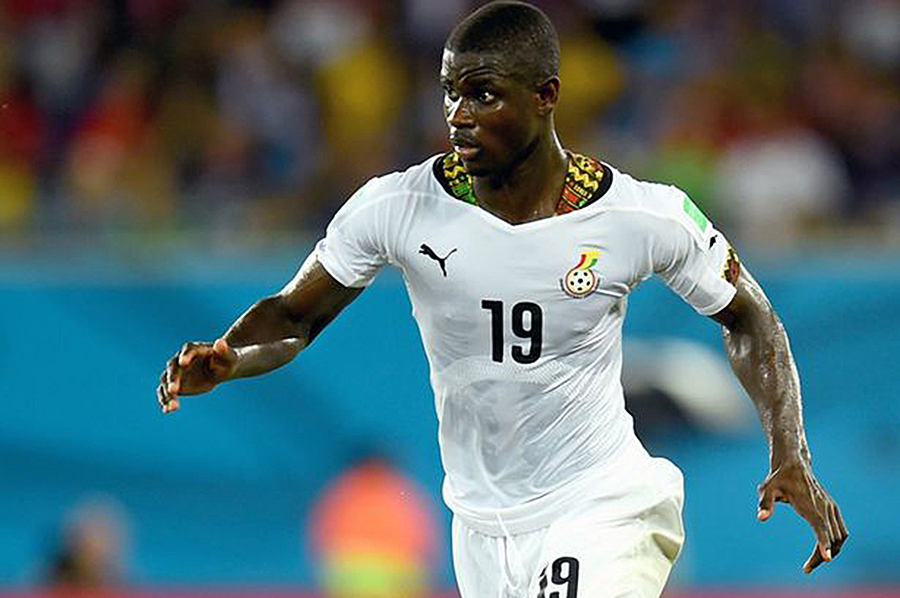 Columbus Crew defender Jonathan Mensah had the privilege of leading the Black Stars on the pitch when they took on Namibia in their first warm-up match ahead of the 2019 Africa Cup of Nations.

Mensah, in the absence of substantive captain Andre Ayew and assistant Kwadwo Asamoah from starting line-up, was handed the captain's armband in the friendly match played behind closed doors.

He played 45 minutes and was replaced by Kasim Nuhu as Kwesi Appiah changed his starting eleven in the second half.

The Black Stars were beaten 1-0 by the Brave Warriors courtesy a first-half strike by  Manfred Starke.

Mubarak Wakaso squandered Black Stars best chance of earning a point as he missed a penalty in the second half.

The Black Stars will face South Africa in another friendly game on June 15.

Before that, head coach Kwesi Appiah will announce his final squad.