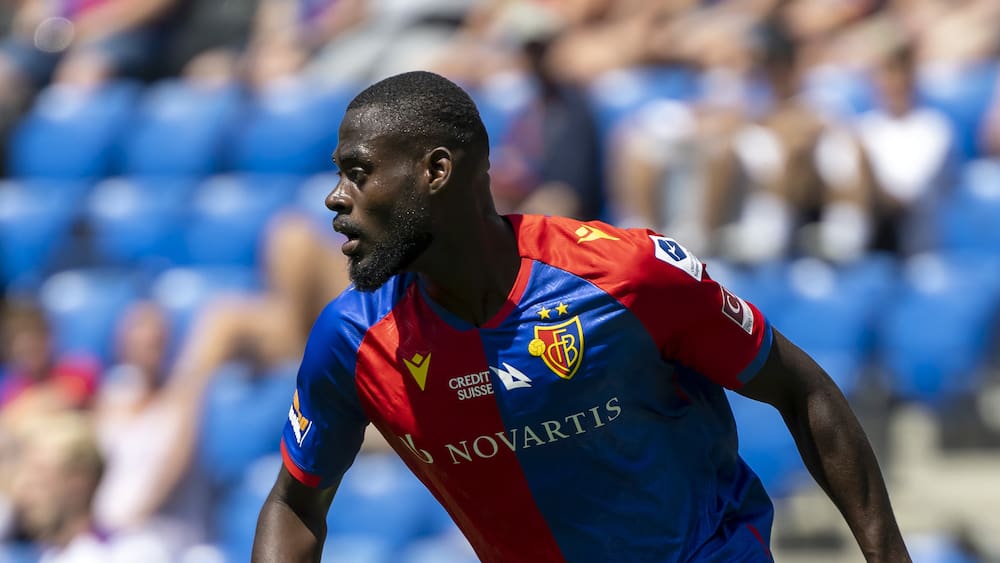 The central defender received two cautions when Basel were beaten 2-0 by the Slovakian giants on Thursday night at the St. Jakob-Park.

Bratislava scored all the two goals in the first half of the match through Lukas Pauschek in the 35th minute and Aleksandar Cavric on the stroke of halftime.

The Ghanaian defender was shown the red card after a attracting second yellow card in the match in the additional minutes.

He will now miss Basel's next match of the Conference League when they travel to Bratislava next week.

Adams who is on a season-long loan from German Bundesliga side Hoffenheim has been in superb form in defence for the Swiss giants since he joined.

The 27-year-old has made 15 appearances in all competitions this season with 7 in the Swiss Super League, 7 in the Conference League and 1 in the Swiss Cup.