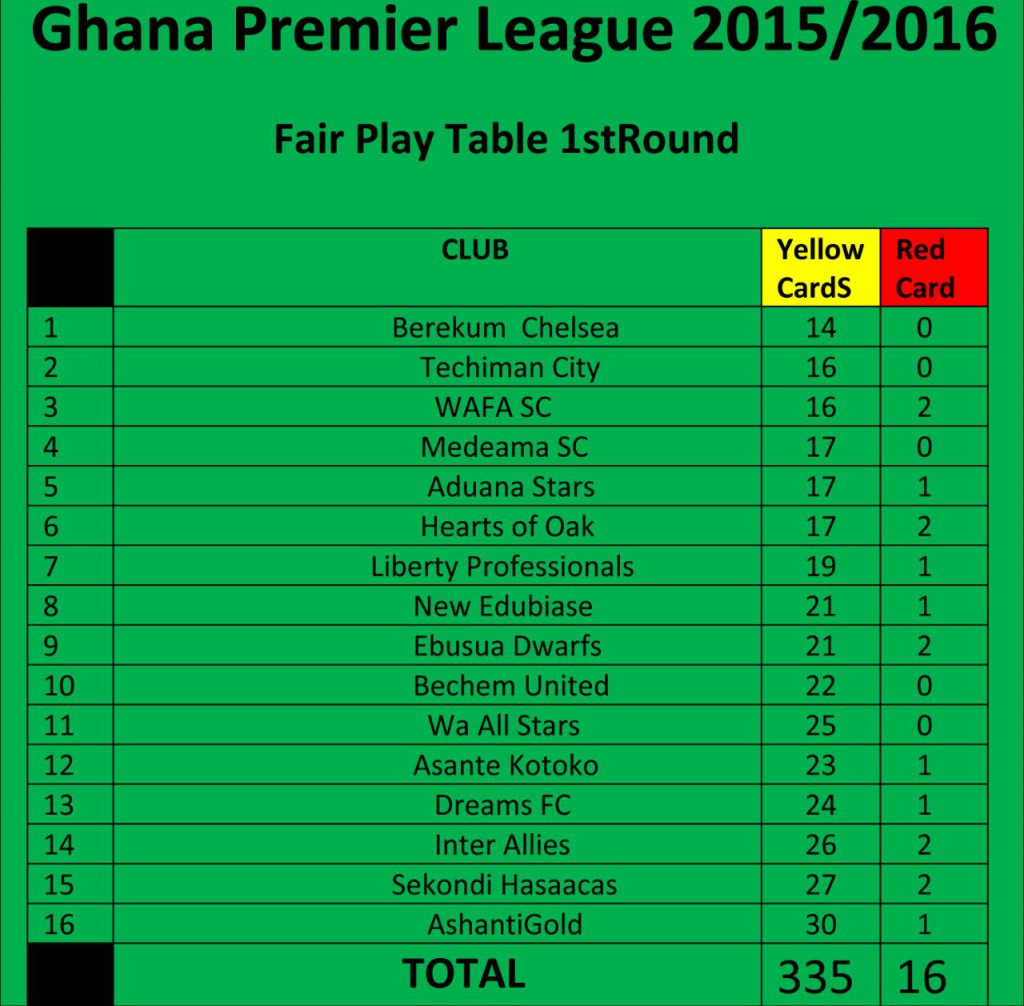 Aside their disappointing performance in the first round of the Ghana Premier League, AshantiGold are the most indiscipline club.

Statistics have shown that they are the most booked side in the first round of the league with 30 yellow cards and a red card.

The bad discipline record of the Miners is closely followed by Sekondi Hasaacas who have attracted 27 yellow cards and two red cards.

Asante Kotoko appeared 12th on the table as the 5th most indiscipline side in the league.