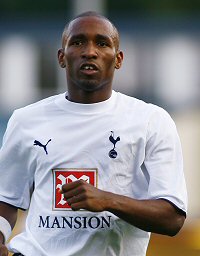 Tottenham striker Jermaine Defoe will travel to Ghana later this month for a charity match organised by Michael Essien to promote peace in Africa.

Italy and AC Milan legend Paolo Maldini has also confirmed his participation in the game in Accra.

The charity game scheduled for Accra on 25 May will see a star-studded World XI side playing a crack Africa XI side.

Defoe, who is hugely popular in Ghana for his exploits in the Premier League, is the latest player to confirm attendance for the game.

Another player confirming his participation is Paolo Maldini, the Italy legend.

Ashley Cole is in line to captain the Rest of the World XI, which could contain the Chelsea midfielder Florent Malouda.

The Africa team is set to include Didier Drogba, Samuel Eto'o of Internazionale, and Manchester City's TourÃ© brothers, Kolo and Yaya.

"If you look at Africa, the biggest names are Samuel Eto'o, Didier Drogba and the TourÃ© brothers," Essien said.

"They have all confirmed. I am still talking to a few more. Ashley Cole is coming down and Malouda will come down as well.

"So the people should expect some world-class players in Ghana. They will see ex-players and current players, they are all coming down."

Essien, who is an African Union peace ambassador, said he has "spoken to Paolo Maldini and many other great players".

George Weah, the former world player of the year, now 44, is expected to feature.