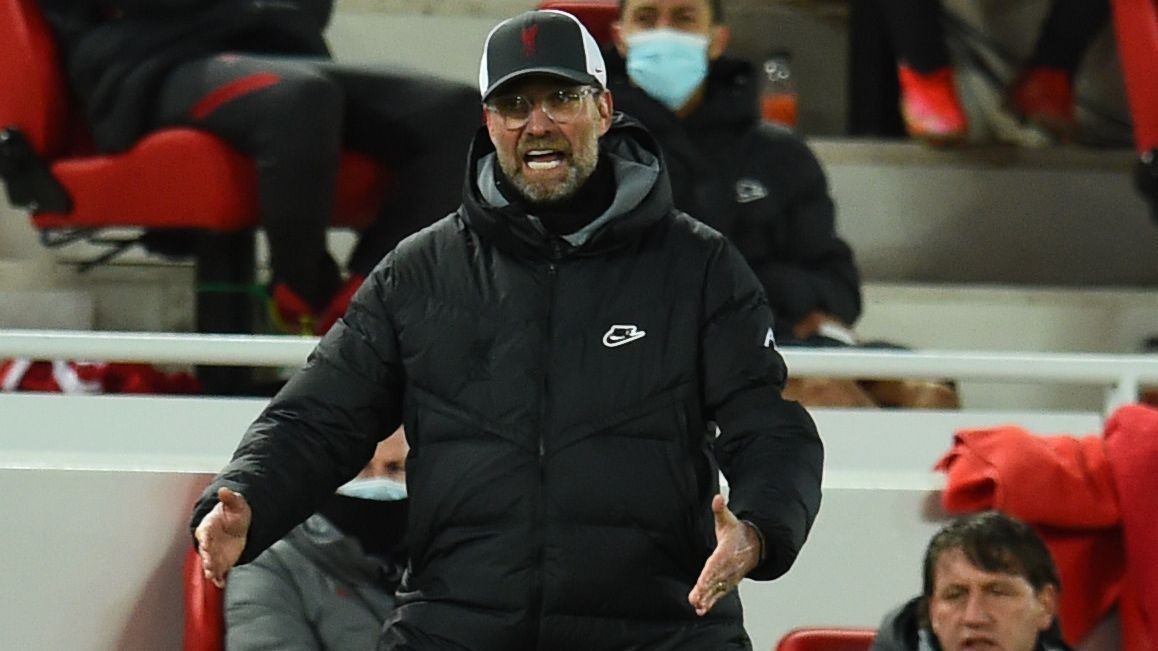 A sixth Premier League defeat in their last nine games left the champions in seventh spot and facing the prospect of finishing outside the top four having waltzed to the title last season.

The extent of Liverpool's frustration was there for all to see when top scorer Mohamed Salah was substituted just past the hour -- the Egyptian clearly baffled by the decision as he took his place on the bench shaking his head.

While injuries to key players have contributed to Liverpool's demise, the lack of intensity in their play is mystifying and Klopp looked deflated on Thursday.

"Unfortunately, we cannot say it is only at home," Klopp said. "It is not about Anfield or whatever, it is in general, too often. In the decisive moments we have to improve.

"We have to show our quality in these moment and we don't do that often enough.

"It is a massive blow. It is not done yet. We have to win football games."

Jurgen Klopp's side lacked intensity in their loss to Chelsea on Thursday. Photo by Andrew Powell/Liverpool FC via Getty Images

What was especially galling for Klopp was that Chelsea manager Thomas Tuchel masterminded a display almost straight out of the Klopp textbook -- high pressing, relentless work rate, fast forward passing and courage in both boxes.

Chelsea also had the best player on the pitch in Mason Mount, whose first-half goal proved enough to send his side fourth.

"The individual quality of Mason Mount in that moment made the difference," Klopp said. "It was a tight game, intense game. Both teams invested a lot. You have to defend differently and we didn't do well there."

Liverpool did match Chelsea in the second half but they never really looked like equalising and the fact they only had one attempt on target said it all.

"Five home games without a win, that is nowhere near good enough," Robertson said. "Nothing is going to help the fans at home and it is simply not good enough because games are running.

"Too many heads are going down when we go 1-0 down, we can't do that. Football is about taking knocks. We can't rely on the past. Last season is over with, it is done.

"We have nowhere near been good enough to what a Liverpool team should be."