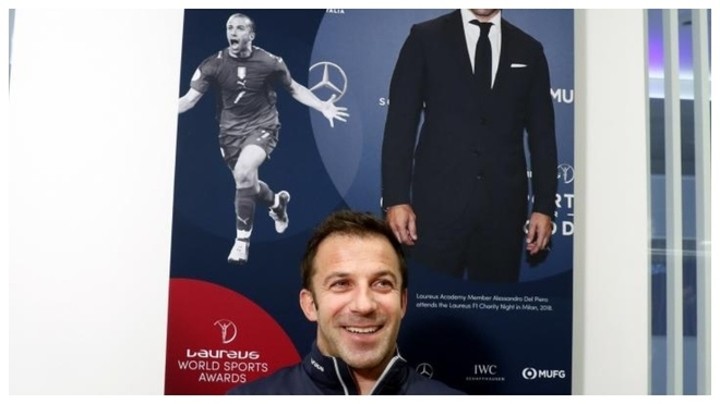 Alessandro Del Piero believes that Cristiano Ronaldo is on the way to becoming a huge success at Juventus.

The Portuguese forward has scored in each of his last 10 league games for Maurizio Sarri's side this season.

"[Cristiano]'s consistently in front of goal is impressive, although Calcio has changed and it's not so defensive anymore," Del Piero told MARCA while in Germany for the Laureus awards.

"If he continues like this, with the bravery that he plays with and his professionalism, he's going to make a lot of people happy in Turin."

Juventus are being pushed all the way in Serie A this season, with Inter and Lazio both mounting title challenges.

"We're used to Juve winning all their games and it's not been like that this season," Del Piero said.

"But that's good for Italian football, because other teams are raising their level.

"Obviously, Juve, because of their structure, history and quality of their players, are favourites more than others.

"They can beat anyone in the Champions League, in [Serie A], but it's one thing saying it and another thing doing it."

Del Piero also had his say on another Italian team, Napoli, and their upcoming Champions League last-16 tie with Barcelona.

"[Barcelona] are favourites. They have [Lionel] Messi and they're used to playing these types of games," he noted.

"But Napoli are doing well at the moment; they've changed since [sacking Carlo] Ancelotti [and appointing Gennaro Gattuso].

"Barcelona have also changed and Napoli know how to play very well and therefore, we'll see [who wins]."

Barcelona recently replaced Ernesto Valverde with Quique Setien in the dugout and Del Piero commented on the coaching switch.

[It was] something strange," he stated.

"Evidently, the answer is only inside the club. From the outside, it was something strange; there were rumours that something was happening, but if they thought about the change, it's because they thought it was the best thing [for the club].

"Pressure is enormous in football these days. Barcelona have players like Messi, but not just him. There are incredible champions [at the club].

"But they're also up against, in the Champions League, Real Madrid, Paris Saint-Germain, Manchester City, Liverpool and only one can win.

"The other seven can't say that they've failed because they've been built to win, but they haven't achieved what they set out to do."