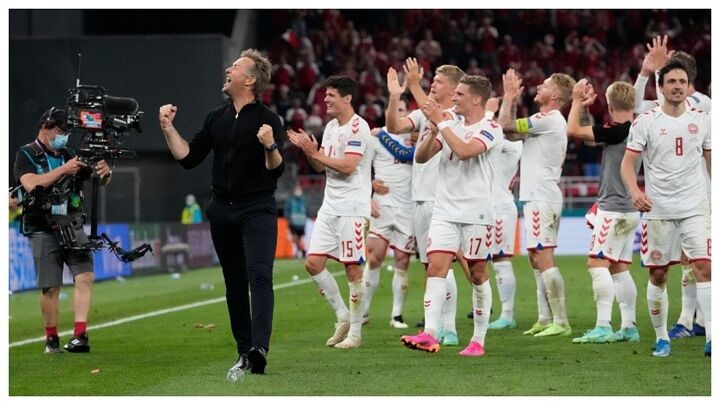 Denmark have reached the last 16 of Euro 2020 and coach Kasper Hjulmand has been key to this achievement, both in his response to the Christian Eriksen emergency and with his coaching of his squad.

Hjulmand, who is a big fan of Pep Guardiola, has his Denmark side playing good football. Even though they lost to Belgium, they played very well. Then, they managed to overcome Russia 4-1 once everything clicked.

"He took football to another level and has been an inspiration for me, as he doesn't stop innovating," Hjulmand has said of Guardiola.

"I am convinced that Guardiola will be remembered as the Steve Jobs of football."

In Denmark, Hjulmand has received praise of his own, from the likes of Tipsbladet editor Troels Bager Thogersen.

"He has been inspired by Guardiola a lot and travelled to Barcelona many times when Guardiola was there," the journalist has explained.

"At the start, his Nordsjaelland side played like Barcelona.

"But, Hjulmand isn't a copy of Guardiola. He is now more pragmatic and knows how to adapt, prioritising more appropriate players sometimes and the counter-attacking football inspired by German football."