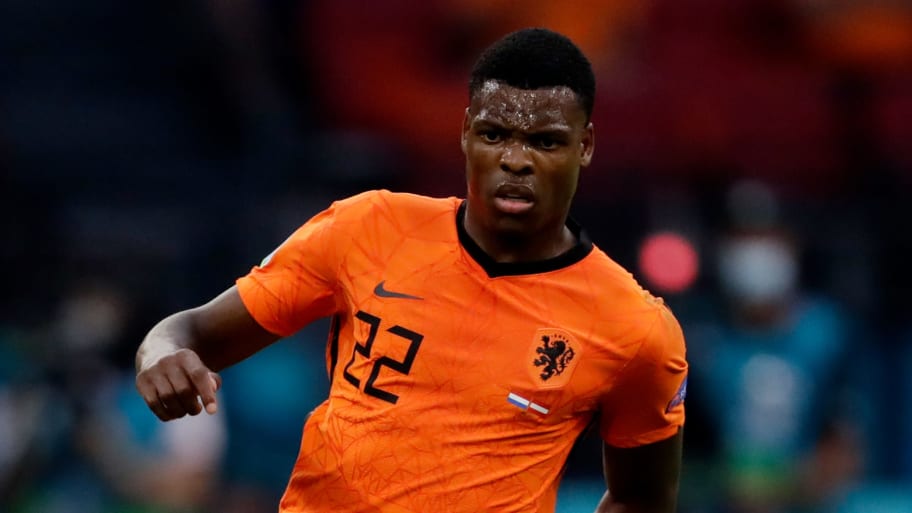 PSV Eindhoven right-back Denzel Dumfries may end up being the breakout star of Euro 2020, with several sides across Europe keeping a very close eye on the Dutchman.

Dumfries has excelled with the Netherlands this summer, netting in the first two group games and steering Frank de Boer's side to top spot in their group.

The 25-year-old has made a real splash already at Euro 2020, and his hectic summer isn't over just yet as Voetbal International state he is about to be the subject of a huge transfer battle.

Some of the biggest sides in Europe are monitoring Dumfries, including both Bayern Munich and Inter.

The Germans want someone to replace Bouna Sarr as Benjamin Pavard's understudy, while Inter have added Dumfries to their list of potential replacements for Achraf Hakimi, who is wanted by Paris Saint-Germain and Chelsea.

The fun doesn't stop there as AC Milan are also tracking Dumfries, who could replace Diogo Dalot after his loan from Manchester United came to an end. Everton are also keen on a deal but have fallen to the back of the queue because of their need to sell players first.

PSV were already planning on selling Dumfries this summer after the right-back asked to leave. He has two years remaining on his contract and this is PSV's last chance to cash in for his full value, and it seems as though they are about to do just that.

Dumfries is rumoured to have a £13m release clause in his contract, which seems like great value for one of the stars of the tournament so far.

"I just play my game as I always do," Dumfries said (via Goal) in response to all the rumours. "I'm not at all concerned. I concentrate fully on the tournament. There is still a lot of room for improvement.

"I want to grow in knowing how to choose the right position in the possession phase, in the passages, so that I can make the right choice in advance and improve my performance.”

This article was originally published on 90min as Denzel Dumfries wanted by several European giants after Euro 2020 heroics.