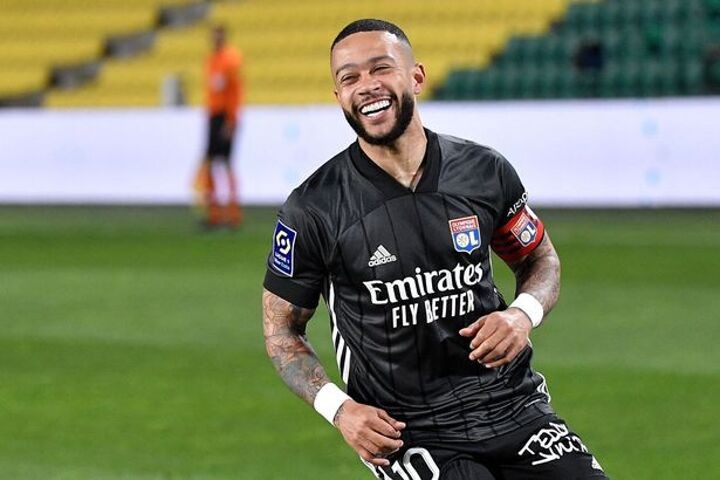 Lyon forward Memphis Depay will negotiate his own future this summer amid links of a move to Barcelona.

The former Manchester United attacker is out of contract at the Ligue 1 club this summer and he has revealed he will be representing himself in any talks this year.

As the Mirror reported in April, this follows the lead of Manchester City star Kevin De Bruyne who did not use an agent to renew his long-term deal at the club, with his father and lawyer assisting remotely.

Despite Lyon president Jean-Michel Aulas claiming he had been hopeful of renewing the Dutch international’s contract, there has been no advancement in those discussions.

As such, Depay will be free to join another club from July 1.

The 27-year-old has netted 21 goals in 38 appearances this summer and has long been linked with a move to the Camp Nou, which would reunite him with previous Netherlands boss Ronald Koeman.

However, with huge uncertainty over Koeman’s future at the Catalan giants that potential move is now unclear.

“It is time for me to take control of my career,” Depay wrote on Twitter.

“As I have come to a point where I need to make important choices about my future, I have decided to negotiate my future deals together with my team of trusted confidants, backed by legal experts.

“I will decide about my destination myself. You will be the first to know.”

Memphis has scored 75 goals in 176 appearances for Lyon since joining from Manchester United in January 2017 - establishing himself as one of French football’s leading stars.

The forward is also a key player at international level - where he has netted 23 goals - but his future at club level remains uncertain with his future likely to be linked into that of Barca boss Koeman.