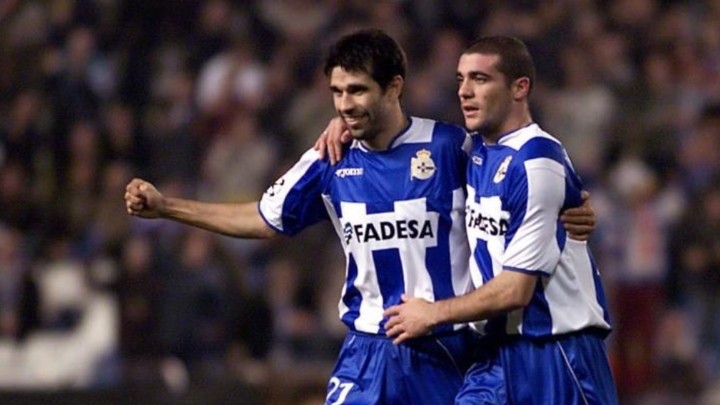 It's been exactly 16 years since Deportivo La Coruna pulled off one of the greatest comebacks in European football history.

On April 7, 2004, Jabo Irureta's side were 4-1 down going into the second leg of their Champions League quarter-final with AC Milan, needing something big at the Estadio Municipal de Riazor to progress.

The Deportivo squad knew that Walter Pandiani's away goal at the StadioSan Siro was a lifeline and it made them believe that they could achieve something special in front of their own fans.

The Uruguayan opened the scoring in the return leg too, before Juan Carlos Valeron doubled the hosts' lead before half-time.

"Going in 2-0 up at the break was key, we almost had the tie in our hands and we left Milan with no chance in the second half," Pandiani said.

During the second period, Deportivo completed the shock comeback thanks to a third goal from Albert Luque and then the famous fourth from Fran.

"It was many years ago and they are amazing memories," Valeron said.

"It's been 16 years and I was lucky enough to be a part of that team and such an important match."