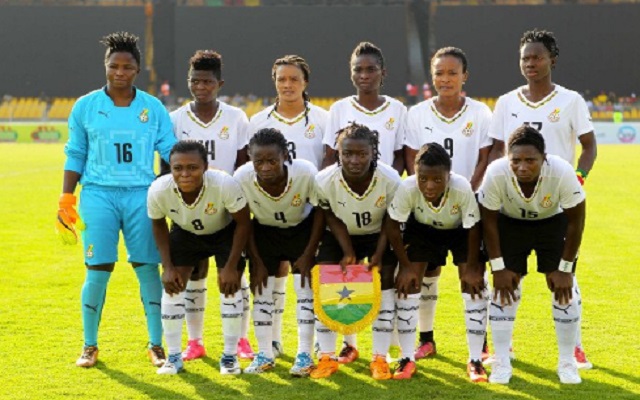 The Deputy Minister of Youth and Sports, Hon. Pius Hadzide has hinted that very soon players and technical team of Ghana’s senior female national team the Black Queens will be handed their outstanding bonuses.

He also revealed that all the other female national teams will also be settled their outstanding bonuses and allowances.

The Black Queens are owed $12k by the state following accumulation of their allowances and bonuses, including bonus for the 2016 Women’s AFCON.

The Queens were owed $25k by the state but the former Sports Minister Hon. Nii Lante Vanderpuye paid $13k after the entire playing body of the team demonstrated publicly in an embarrassing turn of events.

Hon. Nii Lante then paid part of the money for the players with $12k out of that amount with the remaining left unpaid.

But the Deputy Minister, who appears on top of issues, in an interview with GHANAsoccernet.com revealed that the ladies will be paid very soon.

“Yes some amount of monies was paid out of the $25k to the Black Queens and there are still some outstanding bonuses to pay. We are making strenuous efforts to defray all those outstanding allowances,” he said.

“These are debts that we inherited and they are hanging on our necks which we can’t ignore. We are doing all we can to defray all those debts. Be rest assured that very soon, the players involved will be paid,” Hon. Pius told GHANAsoccernet.com

He ended by apologizing to the Black Queens for the delay which led them to demonstrate before getting part of their monies.

“Let me even say it is unfortunate that we had to allow the allowances of the players of the national team accumulate to such amounts. It’s unfortunate and it is our view to prevent such things from happening again.

“We do not believe in making promises to players and failing to honour them. We think it is better we don’t make the promises at all than making them and failing to deliver,” he noted.

He cited the Brazil 2014 fiasco as a scenario his government wants to avoid.

“We saw what happened in Brazil when the players kept saying that they kept receiving promises of having their appearance fees which never came erupting the shameful incident that happened. We want to discontinue that trend.”