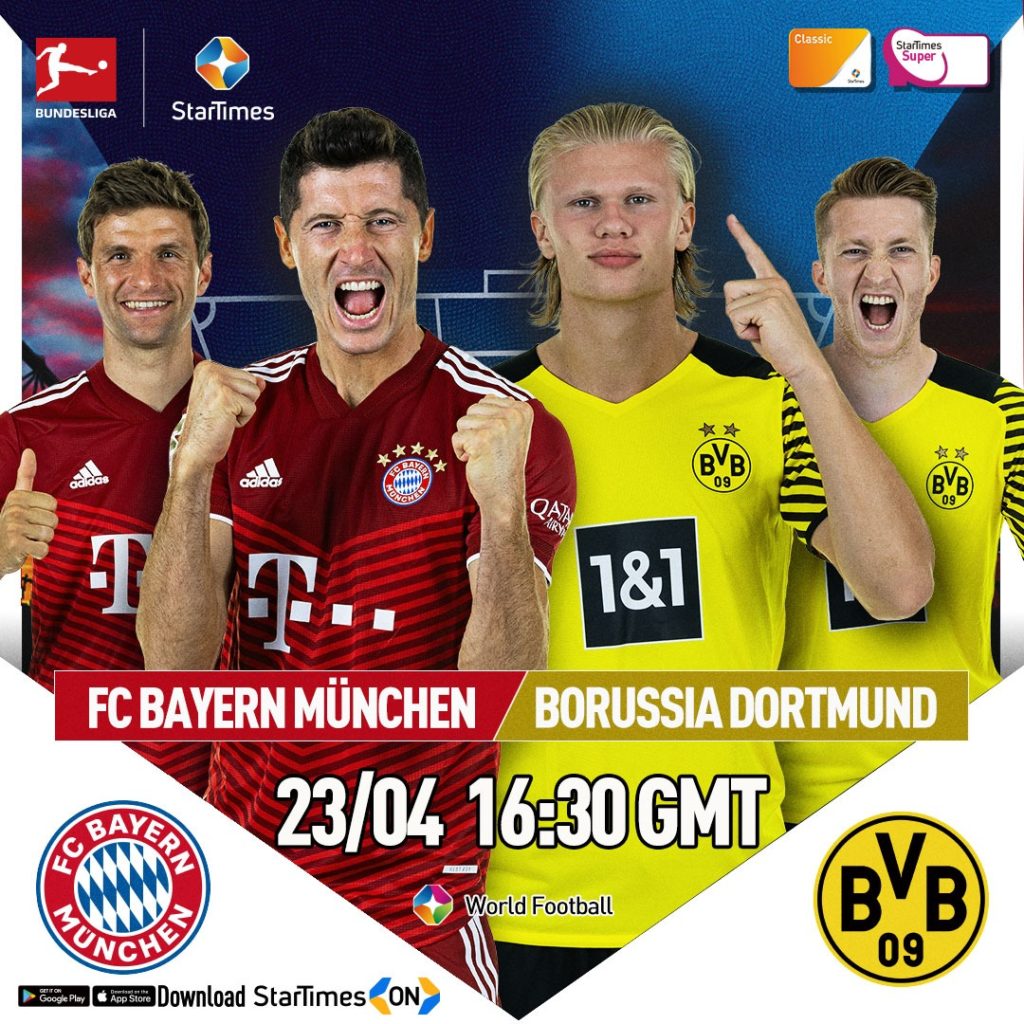 What better way to be crowned Bundesliga champions than to beat your closest rivals in front of your home fans with four matches to go.

That is exactly the situation perennial German champions Bayern Munich find themselves in, ahead of their game on Saturday.

Except, that it does get better, as the match is not only a game in which they could be crowned champions, it one of the all-time great world club football matches: Der Klassiker.

Bayern Munich against Dortmund is a rivalry that has dominated German football since 2010 and since then, the Bundesliga winners have either been called Bayern Munich (10 times) or Borussia Dortmund (2 times).

Ahead of Saturday’s match in the Allianz Arena, Bayern have a nine-point lead with four matches to play and a victory will make what everybody already knows official: Bayern will win their 10th Bundesliga title in a row.

“It is good fortune that everything comes together like that. That is something that does not happen very often, to have a match-point at home against Dortmund,” said Bayern coach Julian Nagelsmann.

Bayern will, of course, go all out to win the match, even though de facto a draw would probably be enough as they are not only nine points ahead, their goal difference is 27 goals better than that of Dortmund.

The game will also provide Bayern’s star striker Robert Lewandowski an opportunity to widen the gap at the top of the scorer charts even more. The Pole is also leading the standings in the European Golden Boot award by seven goals from Real Madrid’s Karim Benzema.

For Lewandowski, who has scored more goals in Der Klassiker than any other player [31], it could well be the last time he features in the match. The Pole has been flirting with a move away from Bayern and turning 34 this year, time is against him. Barcelona are said to be keen to make an offer.

Unlike Lewandowski, who is in the twilight of his career, Dortmund’s scoring sensation Erling Haaland is only 21. Despite having an injury hit-season, the Norwegian international has found the net 18 times in just 20 matches.

Reports emanating from England say that he has already agreed to terms with Manchester City for a move this summer, so for him too, it could be the last Klassiker.

The Bayern/Dortmund rivalry is on par with the greatest footballing rivalries all over the world and as such it is not surprising, that the game will attract global interest.

And fans in Ghana and across Africa will be able to watch the game live and exclusively on the StarTimes channel 245 as the continent’s leading digital-TV operator shows all the best action from the best leagues in Europe, including the Bundesliga.

Make sure you don’t miss out!