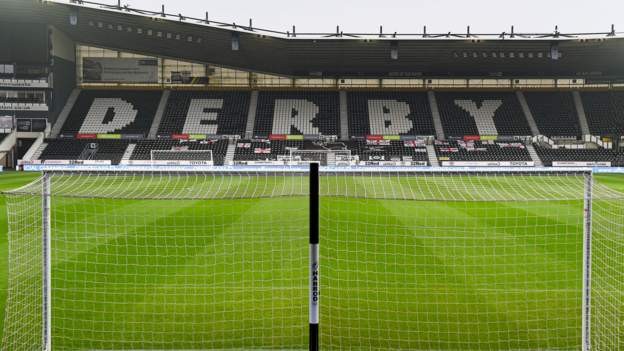 A delay in the club's takeover by the Derventio Holdings Group - still yet to go through - meant player wages were not able to be paid on time.

After Saturday's win at QPR, Rams boss Wayne Rooney asked for "answers" about why the takeover is being delayed and why players had not been paid in full.

Rooney is keen to strengthen his squad before Monday's transfer deadline.

Derby have been under a transfer embargo but it is understood that will be lifted following ratification of the takeover by the English Football League.

A deal for owner Mel Morris to sell the club to a group owned by Sheikh Khaled, a cousin of Manchester City owner Sheikh Mansour, was first agreed in November.

Rams chief executive Stephen Pearce said on 14 January there were "no problems" with the takeover, which had been due to be completed before Christmas.