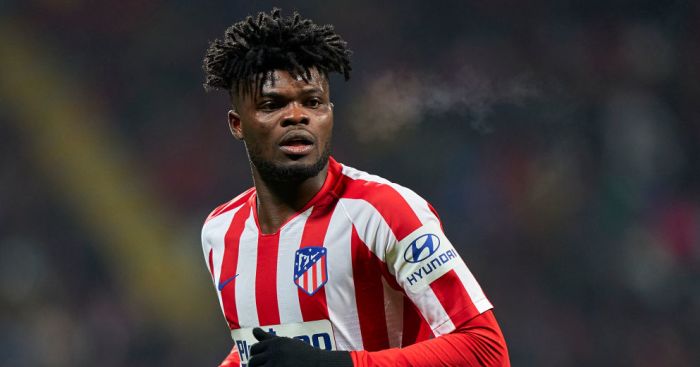 Former Ghana midfielder Derek Boateng has advised Thomas Partey not to join Arsenal if he decides to leave Atletico Madrid this summer.

Partey is reportedly interested in leaving the Spanish giants at the end of the season with several clubs showing interest in acquiring his services.

However, Arsenal are reported to be the favourites in securing the signature of the holding midfielder.

According to reports, Arsenal have made contact with Partey's representatives and are planning to trigger his £43million release clause.

But Boateng believes Arsenal is a currently a downgrade to Atletico Madrid because of their lack of Champions League football in recent seasons, hence has cautioned Partey not move to Premier League side.

Arsenal last competed in Champions League two seasons ago and looking at their current position on the table they are set to miss next season's tournament.

“He needs to be at a place where he will be happy, respected and get a lot of playing time. You can make all the money you want but if the coach doesn’t play you, you won’t be happy,” Boateng advised.

He added; “I will not advise him to move to Arsenal right now because he is a Champions League player and with the look of the Arsenal team right now, they are not ready with the kind of players they have and some are going to move.”

“They are playing very well but you can see the inexperience hurting them and with the way the Premier League is going right now, it is going to be really tough. If he wants to move, he has to move to a team that plays in the Champions League otherwise he will lose everything.”

Partey has been a key player for Diego Simeone’s men, since breaking into the first team in 2015. This season he has 42 appearances in all competitions and has mostly excelled in midfield.