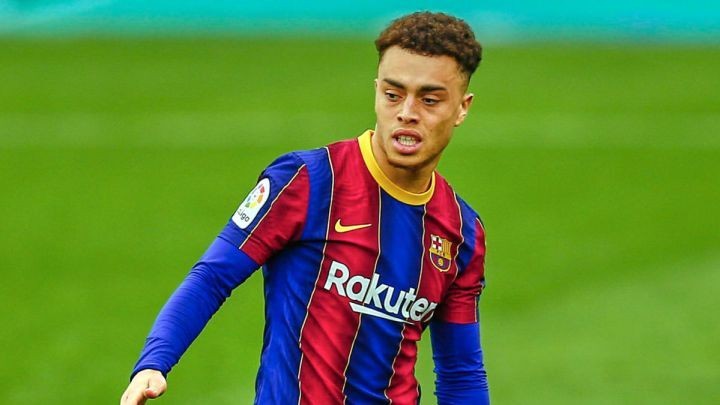 The United States international started the game against Athletic Club in Barcelona’s 4-0 victory in the final of the Copa del Rey.

Sergiño Dest won his first title at FC Barcelona and on Saturday he became the first United States men’s national team player to start and win the Copa del Rey final. Barça demolished the ‘Lions’ 4-0 at the Estadio de La Cartuja to lift their first trophy of the season. Antoine Griezmann, Frenkie de Jong and a brace from Lionel Messi sealed the victory at the end of the 90 minutes.

The 22-year-old was replaced by Sergi Roberto in the 74th minute and now they will have to make a push to win the LaLiga with eight games left of the season. Barcelona are currently in third place with 65 points, two behind leaders Atlético Madrid.

Dest with a positive season at Barcelona

The United States international arrived last summer at Barcelona and he has lived up to his expectations during his first year at Camp Nou. In the 2020/21 LaLiga campaign he has made 24 out of 30 appearances, scoring two goals and supplying one assist. He made an improvement when Ronald Koeman changed Barcelona’s formation and he started playing with three centre-backs, giving Dest more freedom to attack.

In the UEFA Champions League he made seven appearances and scored one goal - it was his first for Barcelona since arriving last June and came against Dynamo Kiev during matchday four of the group stage. Barça will host Getafe on Thursday 22 April on matchday 31 of the Spanish league.