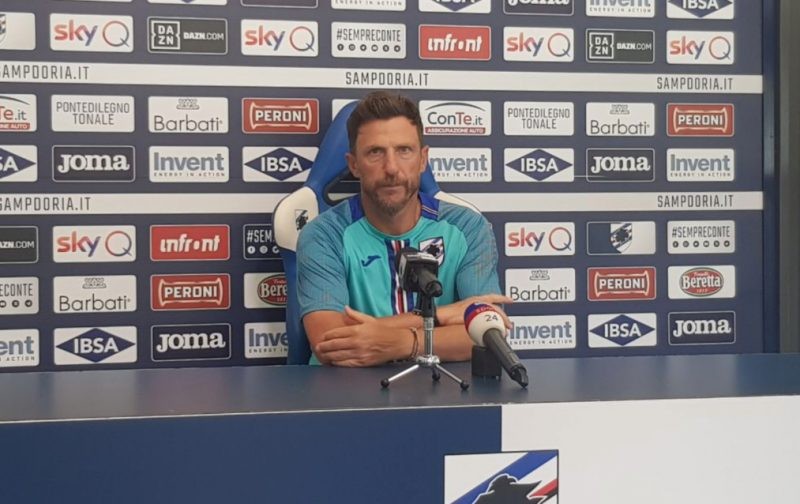 STADIO LUIGI FERRARIS (Genoa) – Eusebio Di Francesco wants Sampdoria to build on Sunday’s victory over Torino, as the Blucerchiati managed to secure their first points of their season.

The coach was happy with the performance and the attitude of hiss players, but said the team must find the consistency to do more.

“We’re improving, this win is a starting point,” Di Francesco told journalists after the game.

“I was very happy with the team’s balance, and we found consistency across the 90 minutes, now we need it in the next matches.”

“It’s important to win games even while suffering. Defensively, we were almost perfect.”

“We need grit, know how to suffer, aside from the system we use.”

“We need people on the pitch who communicate, who show leadership, and I saw a few today.”

“We could have been better technically on the counter. The negative side of today is not having scored a second goal.”

Manolo Gabbiadini scored the winning goal today, and Di Francesco praised his player and suggested he could be even better.

“Gabbiadini had a good game,” he added, “but I expect even more from him. He was decisive and I am happy for him.”