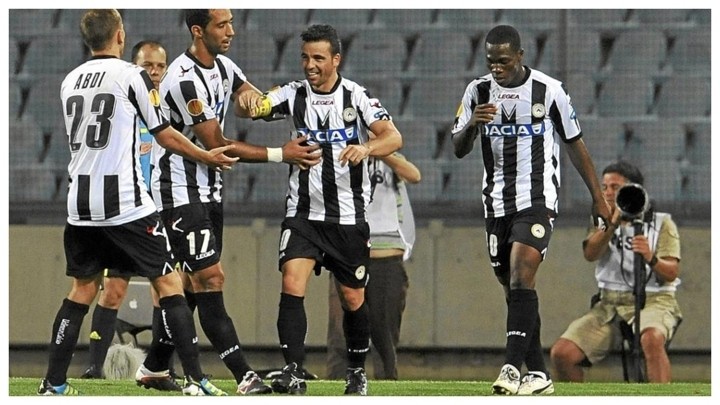 Antonio di Natale knows what it's like to score goals in Serie A at an old age, with 162 of his 209 goals in Italy's top division coming after he turned 30.

"Ronaldo and Messi have scored more goals than anyone," he said in an interview with MARCA.

"In Italy, he's confirming what he did at Real Madrid and in the Premier League and everywhere he has been.

"He guarantees 30 to 35 goals per season. He trains hard, he improves and he makes the difference.

"Even when he is 40 years of age he'll continue to score so many goals."

Another veteran Serie A forward who is still making an impact is Zlatan Ibrahimovic and Di Natale spoke about the Swede too.

"He is a great champion and is very important for AC Milan," he said.

"He is demonstrating that age doesn't matter, as it's all about how you are physically and mentally.

"When I was 38 years of age I felt like 28. The mental aspect makes a difference."