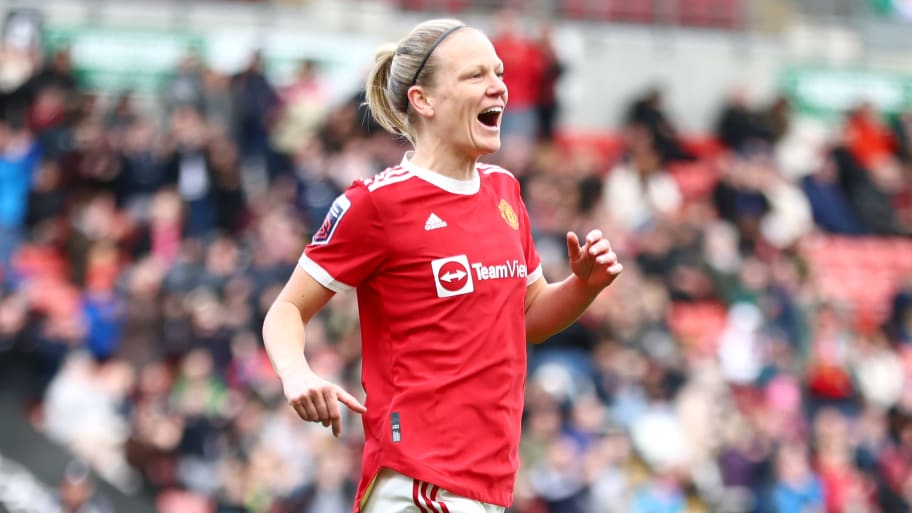 Manchester United have announced that defender Diane Caldwell will depart the club following the conclusion of her contract at the end of June.

It brings an end to Caldwell's short stay in Manchester, with the 33-year-old joining Manchester United on a six-month contract in January 2022.

The Republic of Ireland international made six appearances for Marc Skinner's side during her time with the club.

Caldwell is a life long Manchester United fan, but saw the latter stages of her spell disrupted by injury, resulting in her missing out on United's showpiece fixture against Everton at Old Trafford in March.

“It was everything I hoped it would be and more,” Caldwell said of her time at United in an interview with Pundit Arena. “As a lifelong fan, that was my dream, to play for United and wear that jersey. It was an amazing achievement for me and one that I really, really took a lot of pride and honour in.”

The centre back is the fourth exit from United this summer, after youngsters Karna Solskjaer and Poppy Lawson departed for AaFK Fortuna and Hibernian respectively, while defender Martha Harris has also been released.

This summer's window marks the first full summer transfer window and pre-season that boss Skinner will have with his side, having been appointed in the final week of July 2021.

United are yet to make any new signings ahead of the 2022/23 WSL season, as the Red Devils attempt to break into the Champions League places after falling short by five points last term.