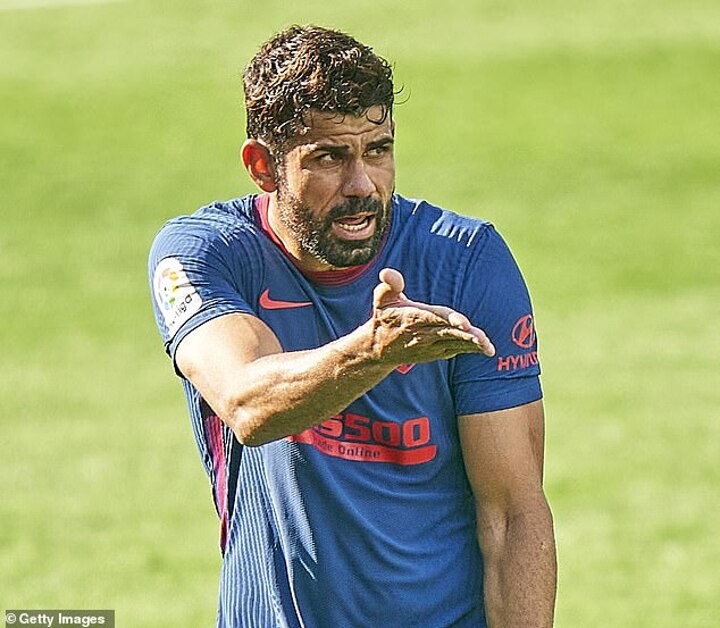 Micah Richards believes his former club Manchester City should make a January move for Diego Costa - because it would win them the Premier League.

The 32-year-old is available on a free transfer after leaving Atletico Madrid last month.

And with Sergio Aguero's season blighted by injury and Gabriel Jesus struggling in front of goal, the Sportsmail columnist believes that Costa could provide that extra spark between now and the end of the season.

'Costa is 32 and I am not suggesting he is a long-term solution for City up front', wrote Richards for BBC Sport.

'Why not get him in until the end of the season? He would do more than just ruffle a few feathers and be a pain in the backside for opposition defences - he is a proven finisher who would offer Pep Guardiola's side a proper plan B.

'When I won the title with City in 2012, we had four strikers at the top of their game - Sergio Aguero, Carlos Tevez, Edin Dzeko and Mario Balotelli. They all played a big part at different times of that campaign.

'Now? They still have Aguero of course, but there are huge question marks over his fitness, with Gabriel Jesus the only alternative.

'I like Jesus a lot, and he is far more than just a grafter, but when I watch him he is not always looking to get on the end of balls into the box like he did against Cheltenham in the FA Cup on Saturday - he is often lurking deeper or on the left, linking play.'

Costa won two Premier League titles in three rollercoaster seasons at Chelsea before leaving after a fallout with Antonio Conte.

He made only seven appearances this season before his contract at Atleti was torn up six months early in December.

City are second in the table and two points behind leaders Manchester United, but have struggled for a consistent focal point up front.

Aguero has managed only nine appearances due to injury and is currently self-isolating after testing positive for coronavirus, while it is over a year since he notched in the Premier League.

Brazilian Jesus has scored only five goals this season, and has found himself in and out of the side despite the absence of Aguero.