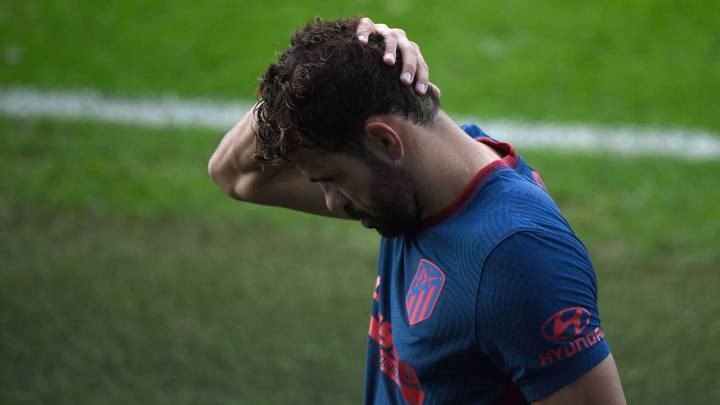 Diego Costa has been ruled out for at least three weeks and will probably not play until after the next international break, placing the onus on Luis Suárez.

Diego Simeone has been dealt a blow after a profitable weekend in which Real Madrid, Barcelona and Sevilla, ostensibly the other main challengers for the Liga title this season, all dropped three points on Saturday. Atlético ran out 2-0 winners away at Celta with goals from Luis Suárez and Yannick Carrasco in a game that saw Simeone start the former Barcelona forward with Diego Costa for the first time. After the 90 minutes in Vigo, it will be a while before Atlético can field the two strikers together again with Costa ruled out for at least three weeks with a muscle strain.

Costa is likely to miss Atlético’s next six games at a crucial stage of the early season with the fixtures coming thick and fast. Before the November international break Simeone’s side play Bayern Munich, Red Bull Salzburg and Lokomotiv Moscow in the Champions League as well as Osasuna, Betis and Cádiz, who beat Real Madrid on Saturday, in LaLiga.

Costa and Suárez have mostly been rotating in the number nine position and Simeone has been easing the Uruguayan in after his summer move by substituting him regularly. Now, with Suárez not likely to be risked for the full 90 minutes in six consecutive games, Simeone will have to improvise.

Marcos Llorente, João Félix and Ángel Correa can all push up as a secondary striker, with the former two ending the game in Vigo as the front pair after Suárez and Costa had gone off.