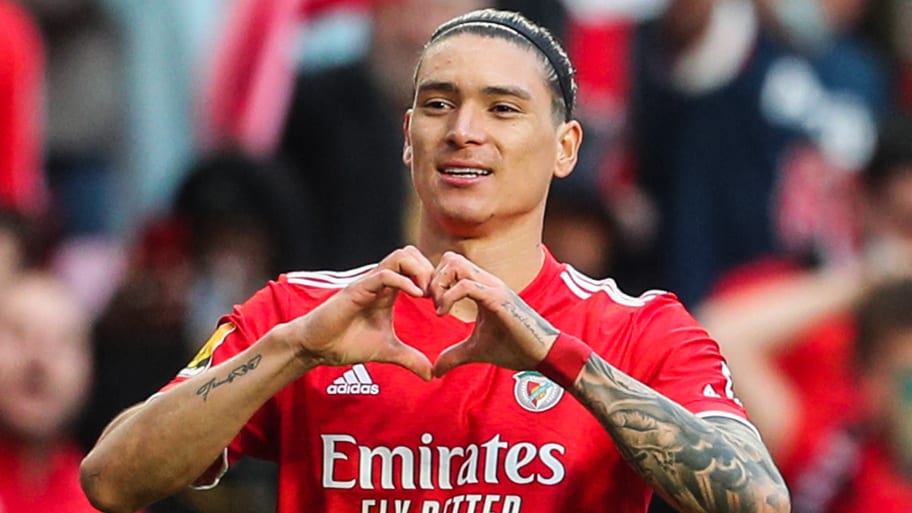 Darwin Nunez will bring ‘goals’ to Liverpool and continue to develop at Anfield under the guidance of one of the ‘top three’ coaches in the world in Jurgen Klopp. That is the opinion of Uruguay legend and former Premier League striker Diego Forlan.

The 22-year-old arrives at Anfield off the back of a breakout season with Benfica, having scored 26 goals in 28 Primeira Liga appearances and a total of 34 in all competitions.

“What can Darwin Nunez bring to Liverpool? Obviously he’s still a young player, he’s still growing. He has a great set of skills, he scored a lot of goals at Benfica,” Forlan told 90min ES.

“I believe that one of the things he can bring is, without a doubt, goals. Then, as time goes on, he’ll keep growing on the technical aspect. He will get to know his abilities better and he will develop them more and more too, while also gaining experience.”

Forlan, who won the Golden Ball as the best player at the 2010 World Cup, was also particularly complementary about Liverpool boss Klopp and the long-term impact he could have on Nunez.

“He’s going to a team with an amazing manager that knows football very well…how to attack the space, how to use his players and how to get the best out of them,” Forlan explained.

“He’s going to a team with a coach that is one of the top three in Europe and the world. To be honest, it’s an incredible team to play in, let’s hope he can take advantage of that and that he can keep growing as he been lately.

“He has taken big steps and, hopefully, our national team will be able to take advantage of that as well.”

This article was originally published on 90min as Diego Forlan explains what Darwin Nunez will bring to Liverpool.