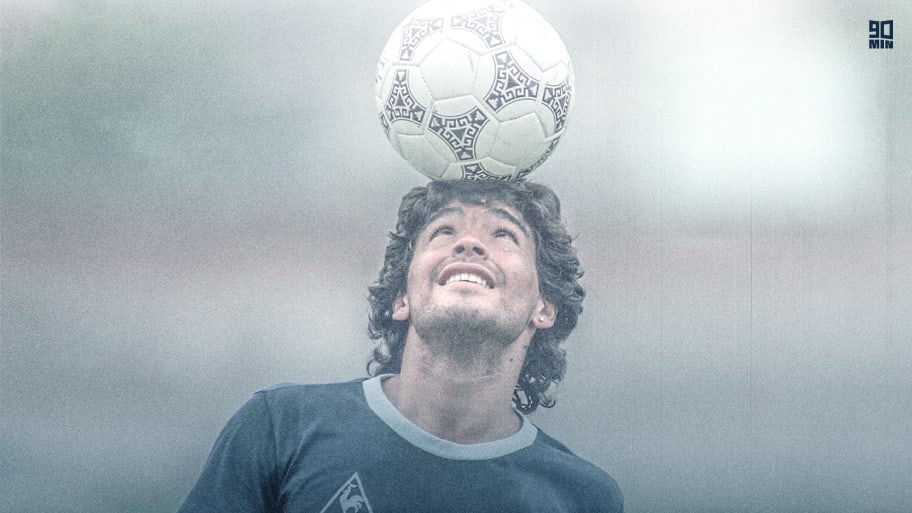 If you're a Barcelona fan, it's probably a source of constant joy that arguably the two greatest ever footballers played for your club.

While Lionel Messi spent 17 years creating a dynasty at Camp Nou, Diego Maradona got just a couple of seasons to make his mark in Catalonia. But make his mark is exactly what he did.

Barça spent years tracking Maradona down. Then vice president Nicolau Casaus first made a trip over to Argentina in 1978, which is where he first came across the diminutive midfielder. He was seen as too green as a 17-year-old and financial demands continued to disrupt their attempts to sign him. That the Argentinian FA didn't want him to leave his homeland ahead of the 1982 World Cup also stalled Barça's pursuit.

Eventually, with Casaus leading the charge in the lengthy negotiations, Barcelona got their man and Maradona became the most expensive footballer ever at the time for a £5m fee. That'd be a terrific deal in today's market, wouldn't it?

His debut in the iconic blue and red of Barça came in September 1982, when he scored in a 2-1 victory over Valencia. While he made a fast start at Camp Nou, head coach Udo Lattek seemed frustrated in dealing with the erratic Maradona, even ordering a team bus to leave without the icon as he was running late.

Lattek would soon be sacked, but not before Maradona encountered some bumps in the road at his new club. In December, he contracted hepatitis and would only return in March for new manager Cesar Luis Menotti's first game in charge. Menotti had led Argentina to World Cup glory back in 1978.

Maradona started as Barça beat Real Madrid to win the 1983 Copa del Rey - his first piece of silverware with the club - having led the team to the final with goals in the quarter finals and semi finals. In June that year, he got a standing ovation at the Bernabeu as the Copa de la Liga title was secured. He scored in both legs of the final, and drew the respect of Real's fans in that first game.

During the 1983/84 season, Menotti scheduled training to allow the erratic Maradona more sleep during the morning. The relationship between player and manager was stronger that it was with Lattek.

While he was never far away from artistry and magic on the pitch, things started to unravel for Maradona when he was smashed and severely injured in a clash with league champions Athletic Club by Andoni Goikoetxea, the 'Butcher of Bilbao'.

He managed to return in January 1984, but Barça couldn't overtake Athletic and ended up a point behind the champions by the end of the season. However, they would face off again in the Copa del Rey final in what would be Maradona's final game for the club.

Bluntly, it ended in disgrace.

Tensions had flared in the build-up to the game and during the 90 minutes Maradona had been targeted and abused. It didn't help that the match was being played at Real Madrid, an organisation which was hated by both sets of fans. Basques and Catalans booed the national anthem. Ferocity and anger seemed to be all over the place.

Endika Guarrotxena scored the only goal of the game, sealing victory for Athletic, and at full time a mass brawl broke out. Maradona hit unused substitute Miguel Angel Sola hard with a knee to the face before all players started to participate and riot police were eventually called in to escort Barcelona players from the pitch. Kung-fu kicks were being thrown with such alarming regularity.

That was the end for Maradona at Barcelona. He moved on to Napoli, again for a record transfer fee, instead of serving a three month ban that he was given for his role in the disgraceful scenes.

It proved to be the lowest moment in a spell of fleeting highs at Camp Nou, and while his stay in Catalonia was memorable - not always in the right way - Maradona's best career moments were still to come with Napoli and Argentina.

This article was originally published on 90min as Diego Maradona's time at Barcelona.