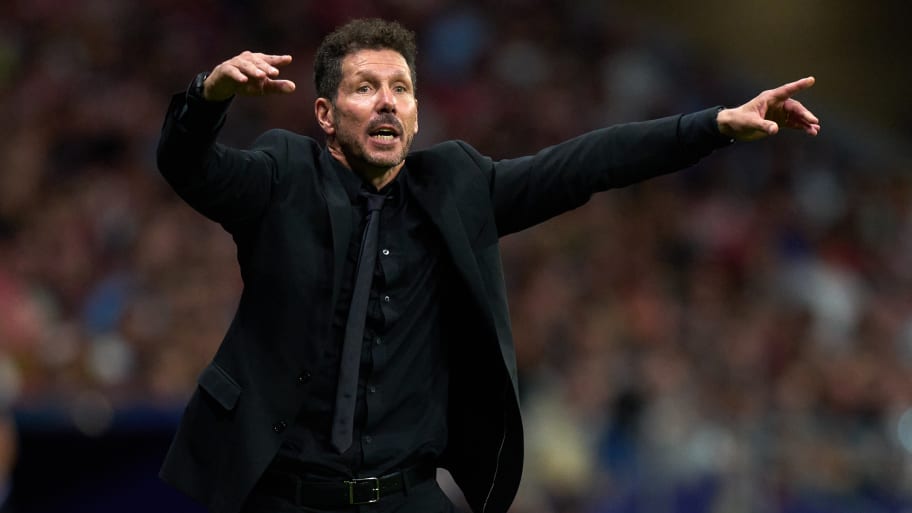 Atletico Madrid president Enrique Cerezo has declared that long-serving head coach and Rojiblancos icon Diego Simeone will be at the club for as long as he decides to be.

Simeone enjoyed a successful spell at the old Vicente Calderon during his own playing career in the 1990s, winning both La Liga and Copa del Rey during a season in which he personally scored 12 times from midfield. He also had two more years there at the end of his career in Europe.

But it is as a manager over the last 11 years that he become an Atletico legend.

Simeone finished his playing career with Racing Club back in his native Buenos Aires in 2006 and immediately went into managing the team. He then won Argentine league titles with both Estudiantes and River Plate in the years that followed, before then bouncing around short stints at San Lorenzo, Italian club Catania and back at Racing.

Cholo was unveiled as new Atletico coach in December 2011 and by the end of his first season had guided the club to Europa League glory. The next year came a Copa del Rey triumph.

Another La Liga title at the end of the 2020/21 season marked Atletico’s most concentrated period of success since the 1970s.

Simeone is under contract at Wanda Metropolitano until 2024, but Cerezo is adamant that he

“A lot of things are being talked about, but Simeone is our coach and he will be at Atletico for as long as he wants,” the president said at an event.

“He has given us a lot and we all have to support the decisions that he considers to be the best.”

This article was originally published on 90min as Diego Simeone can stay at Atletico Madrid as long as he wants - Enrique Cerezo.