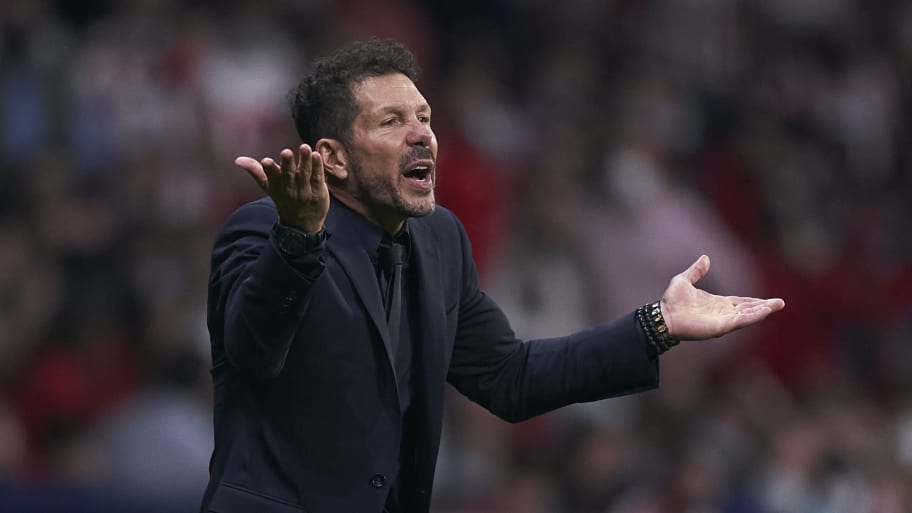 The visitors threw away a two-goal lead in the first half, but rallied following a red card for Antoine Griezmann and snatched the three points courtesy of a Mohamed Salah penalty 12 minutes from time.

Atleti boss Simeone was left frustrated after the referee overturned a late penalty decision for his side following a lengthy VAR review, and on the full-time whistle he sprinted down the tunnel without shaking hands with his German counterpart.

Klopp was clearly not amused by the snub, gesturing at the Rojiblancos' backroom staff and waving Simeone down the tunnel.

"We don't like that, but yes, the situation is clear," Klopp told BT Sport after the game. "I want to shake his hand. His reaction for sure, like mine, was not so cool.

"The next time we see each other we will definitely shake hands. It's nothing. He was obviously angry, not with me but with the game. There is nothing else."

Giving his side of the story to Spanish outlet AS, Simeone said: "I always believed the same thing, when one wins and the other loses, they greet each other with forceps [snipes] and that's why I don't do it.

Although things are usually amicable between them, the two passionate managers have previous. Klopp criticised Atleti's style of play after Liverpool were knocked out of the Champions League back in 2020.

Asked what he had to say to Klopp about his critiques ahead of their most recent meeting, Simeone responded: "Nothing!"