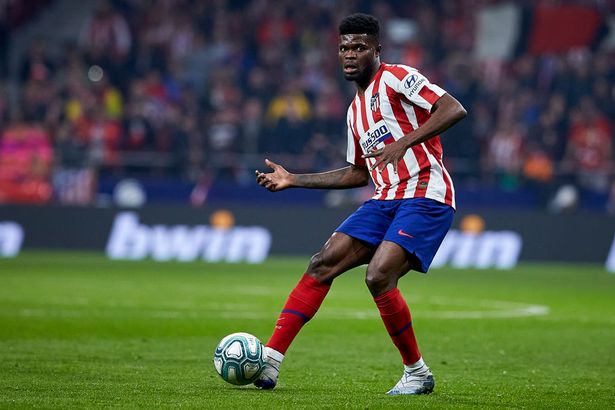 Atletico Madrid manager Diego Simeone is plotting on signing Napoli midfielder Allan as a possible replacement for Thomas Partey, who has been linked with a move to Arsenal.

The Ghana super star is likely to leave Atletico Madrid this summer following interests from several clubs including Manchester United.

The 26-year old has a buyout clause of €50m, and the English giants are prepared to trigger it by making a move when the transfer window opens next month.

The Ghana international is believed to be interested in a move to England.

Meanwhile, manager Diego Simeone has started planning life after his most trusted midfielder by making inquiries about Brazilian midfielder Allan, who is also a target of Everton.

The Rojiblancos want to use funds from the sale of Partey to sign the defensive midfielder.

Thomas Partey has been very instrumental to Diego Simeone's side this season, making the third most appearances for the club.

He starred as the Spanish team defeated Liverpool in the last 16 of the UEFA Champions League before the campaign was halted following the outbreak of the coronavirus.

However, the La Liga is set to return in June and Partey could be playing his last few games for the club before the season end.