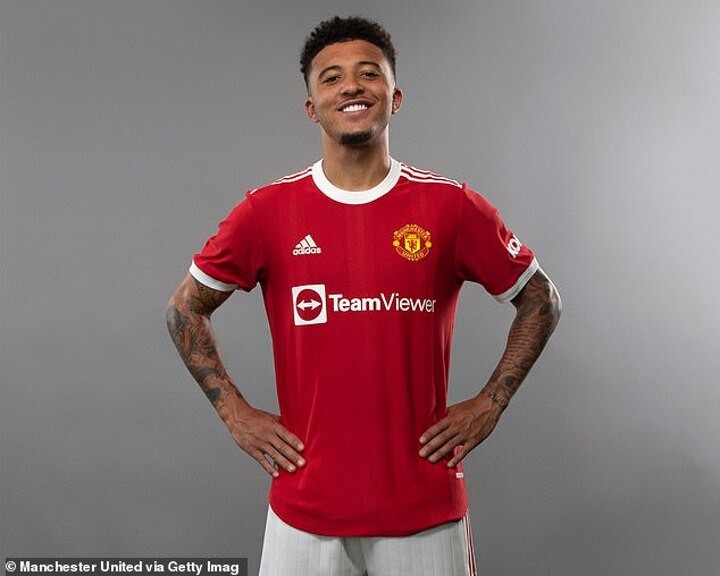 The long-running saga over Sancho's £73million move to Old Trafford came to an end this week when he was finally unveiled as the new number 25 for the Red Devils.

Sancho has been lighting up the Bundesliga for Borussia Dortmund for several years, and Hamann believes he could be the difference in United's Premier League title challenge this coming season.

'It's a big season for Ole Gunnar Solskjaer and Manchester United too and I expect Jadon Sancho to be a star at Old Trafford,' Hamann told the Racing Post.

'I've rarely seen a winger who can beat his man so easily, he drops the shoulder and just walks past defenders.'

Sancho has been a top target for Solskjaer for a long time and his arrival has drawn attention the huge amount of attacking talent United now have on offer.

Hamann also noted this but said one of Sancho's key skills is improving and creating opportunities for his team-mates, and he expects the former Manchester City youth player to be no different at Old Trafford.

'Sancho could galvanise the likes of Marcus Rashford and Paul Pogba at United too,' he said.

'Having watched him in the Bundesliga, he makes other players better, creating chances and pulling defenders out of position, and we saw glimpses of that in England's quarter-final win against Ukraine at Euro 2020.'

Sancho's pedigree is renowned in Germany. The 21-year-old took the Bundesliga by storm in his four years in Germany, amassing an exceptional 89 goal involvements in 104 matches for Dortmund.

Many Germans were perplexed that he was not a first-team regular for Gareth Southgate's England at Euro 2020, and Hamann is no exception.

'I was surprised that he was on the periphery of that tournament, he would be my first choice as a manager,' he said.

'In my view, not only is Sancho England's best winger, he's the best winger in world football and United fans should be very excited about his return to Manchester.'

Sancho's chances of playing alongside Pogba could be be over before they begin, however, as the Frenchman is expected to be the subject of a £43m bid from Paris Saint-Germain.