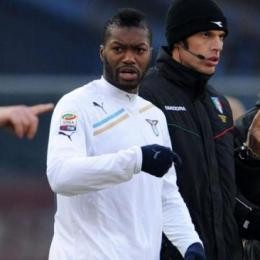 Idle since August 2018, after his last Swiss-side Yverdon-Sport football tenure, former French international striker Djibril Cissé (turning 39 on August 12) made a plea, for someone to sign him, so that he can hit 100 goals in French football. According to to France Football and none other, Dijon management are considering actually fetching the 1981-born, playing for such clubs as Liverpool, Olympique Marseille and Lazio between mid-late 2000's and early 2010's.