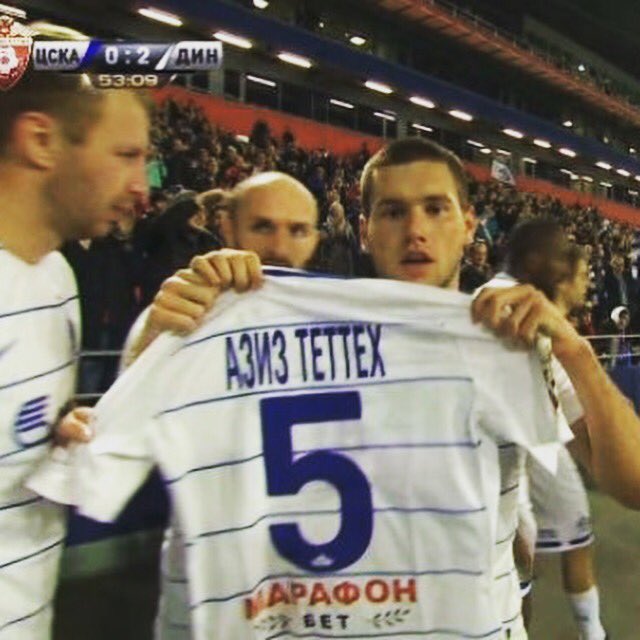 The entire team with the players dedicated their wonderful 2-1 win over CSKA Moscow in the Russioan League to the Ghanaian who is in Ghana due to his dad’s demise.

Aleksandr Tahsaev who bagged brace to aid Dinamo win the game celebrated both goals with the jersey of the Ghanaian international sympathizing with him over the dead of his father.

Yahaya Tetteh, the father of Aziz Tetteh and younger brother of late Liberty Professionals owner Alhaji Sly Tetteh passed on in Accra and has been buried on Tuesday morning at the Osu Cemetry.

Yahaya Tetteh who died last Sunday was a former player of Liberty Professionals and has been described as one the best midfielders the club ever produced.

Yahaya, whose death has come as a big blow to the entire football family was also the in-law of former Black Stars playmaker Derek Boateng.