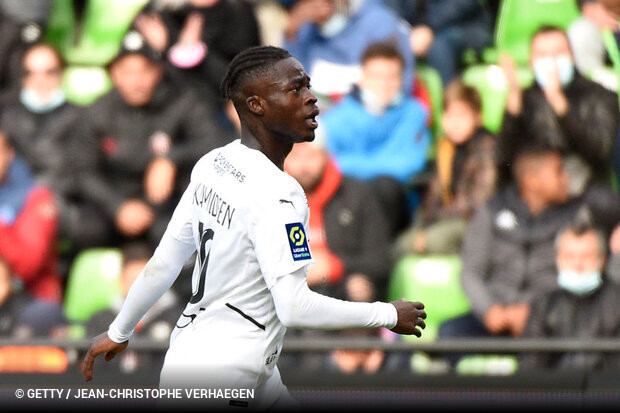 Kamaldeen celebrates one of the best goals in France this season

Those who closely follow the French Ligue 1 have probably heard the name Kamaldeen Sulemana. Those who don't follow the league so closely, however, may not know who it is.

The 19-year-old Ghanaian overshadows PSG's stars Messi, Neymar and Mbappe and is now the hotshot in Ligue 1.  Sulemana is the result of the Right to Dream project  in Akosombo, a town not far from the capital of Ghana. And already there are odds out on outfits like bonus-kampanjkod.se for the youngster to be named among the best in Ligue 1 this season.

Indeed Ghanasoccernet.com is the first media outfit in the world to alert football lovers of a budding new star called Kamaldeen Sulemana following his exploits at the academy and then a tournament in Japan.We have published extensively here on Ghanasoccernet.com, about this academy, which has as its main purpose to give the chance of a better life to young Ghanaians and Africans through football, either through scholarships in North America or through a professional career, with partnerships with universities and professional clubs.

Sulemana was chosen by scouts at FC Nordsjaelland, Denmark, to take the next step in his European football career. The club that plays in the Danish top-flight, is owned by the Right to Dream Academy in Ghana, as their coach, Flemming Pedersen explained

"Our people look for players in the floodplain fields, visiting towns, cities and hosting events of Right to Dream, such as festivals and football championships. For a year, we do this with about 25,000 children, aged 10 and 11, inclusive with cognitive tests,"  Pedersen, manager  of the Danish team reveals how they have discover Ghana's biggest talents.

"First, we look at physical and technical skills. They are assessed with educational tests because we want to raise everyone's educational level. We try to analyze the individual, metrics to see if they are extroverts, introverts, extra-field characteristics, that we we collect to make decisions about scholarships." 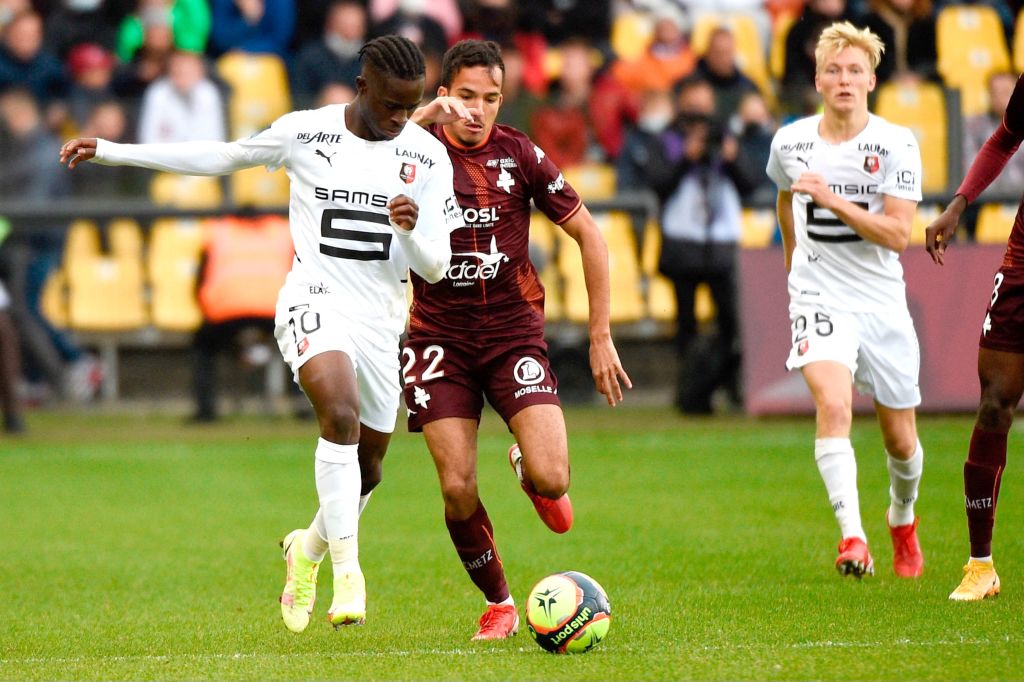 Kamaldeen is grabbing more headlines on the pitch than some of the top names in Ligue 1
Kamaldeen was quick to adapt to Nordsjaelland's senior team. He debuted in February 2020, started for the first time in the same month and scored his first goal in May.  In the following season, 2020/2021, he became the absolute titleholder, and proved to be a diamond to be cut. He scored ten goals and provided four assists in 29 games. He drew attention for his skill, good ball handling and balance when in one-on-one situations.

Flemming Pedersen, his former coach, went even further about the Ghanaian talent in a recent interview. "We are talking about a player with the potential to be at Neymar's level, and maybe even go beyond that, because he is even faster," he said.

The great season in Denmark made Kamaldeen catch the attention of big clubs in Europe, among them Manchester United. But before taking such a big leap, he chose Ligue 1 and signed with Rennes despite interest from Ajax, Roma, Bayer Leverkuseen and English side Watford.

The season in France has been proving that the young Ghanaian, who already has five games for the main national team of Ghana, is really outstanding. He has scored five goals and an assist in 13 games. 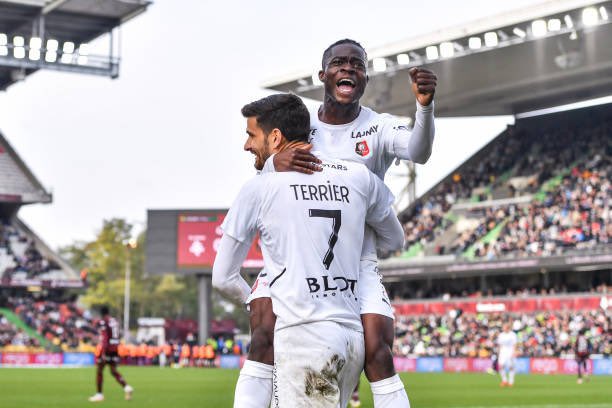 Kamaldeen's goal in Ligue 1 on Sunday stunned French football
On Sunday, Sulemana scored a great goal in his team's victory against Metz, which shows a little of his ability and also the daring of a boy who has ambition in the sport. After 37 minutes of play, where Rennes were already ahead 1-0, Sulemana received the ball on the edge of the box.

In front of two direct opponents, he completely fused them with a sharp pull into the box, after which he hammered the ball up on the crossbar with the outside.

At just 19 years old, and still in his first season in one of the biggest leagues in Europe, Kamal Sulemana is the player of choice in the league of Neymar, Messi, Mbappe and company.