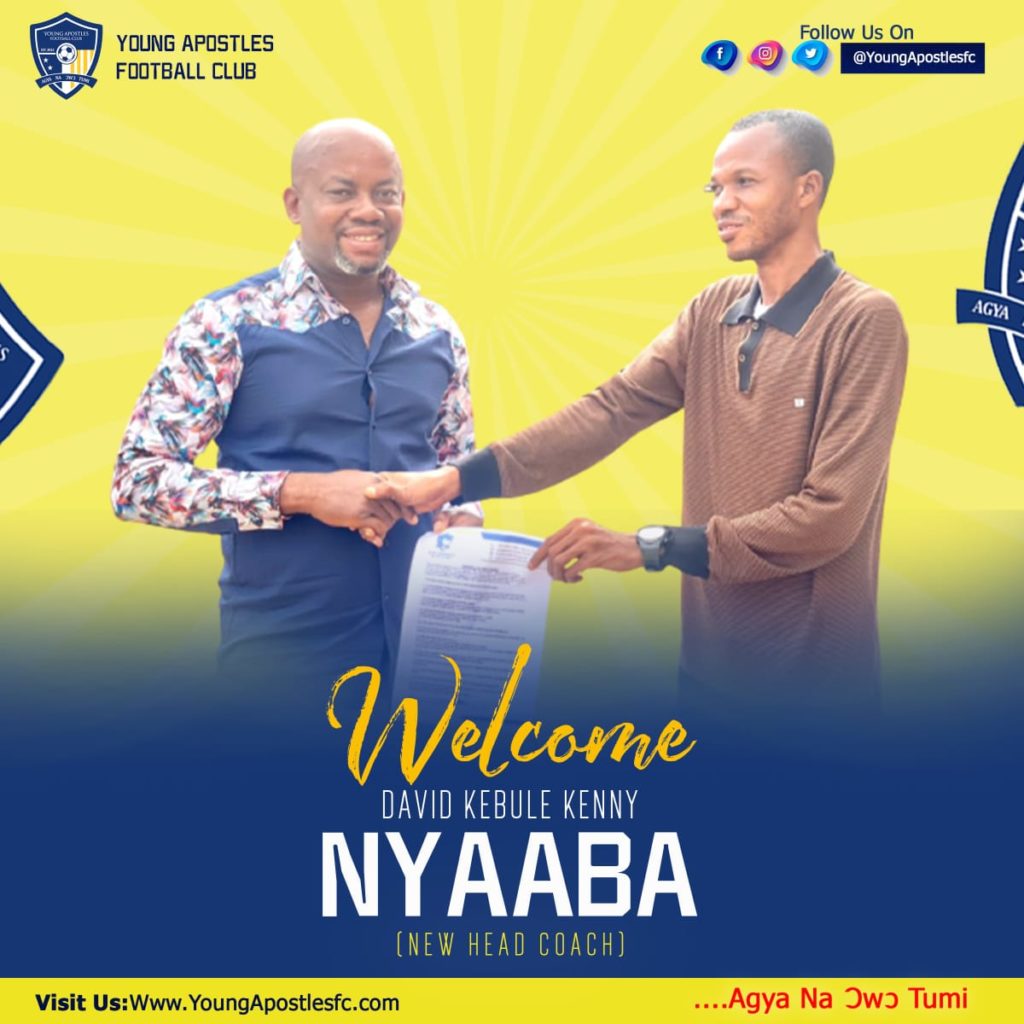 Ghana Division One side Young Apostles FC have appointed David Kebule Kenny Nyaaba as the club's new head coach ahead of the upcoming football season, GHANAsoccernet.com can confirm

Nyaaba is tasked by the club to ensure the development of young talents in the team and also retain their status as a second-tier club at the end of the 2022-23 season.

The 39-year-old is joining Apostles after having a stint at Star Makers FC, a second division side in Greater Accra in the 2021-22 campaign.

Nyaaba holds a CAF License B certificate which he obtained in 2015 and has passed several other lower-tier clubs.

He was in charge of Kotoku Royals FC when the Akim Oda based club reached the Round of 16 in the FA Cup in 2017.

Nyaaba has previously worked as head at Esjujo Soccer Academy in Accra, Dawtex FC, Kotoku Annointed FC all in the Greater Accra region.

He has also experiences at some division two clubs in Brong and Ahafo region.