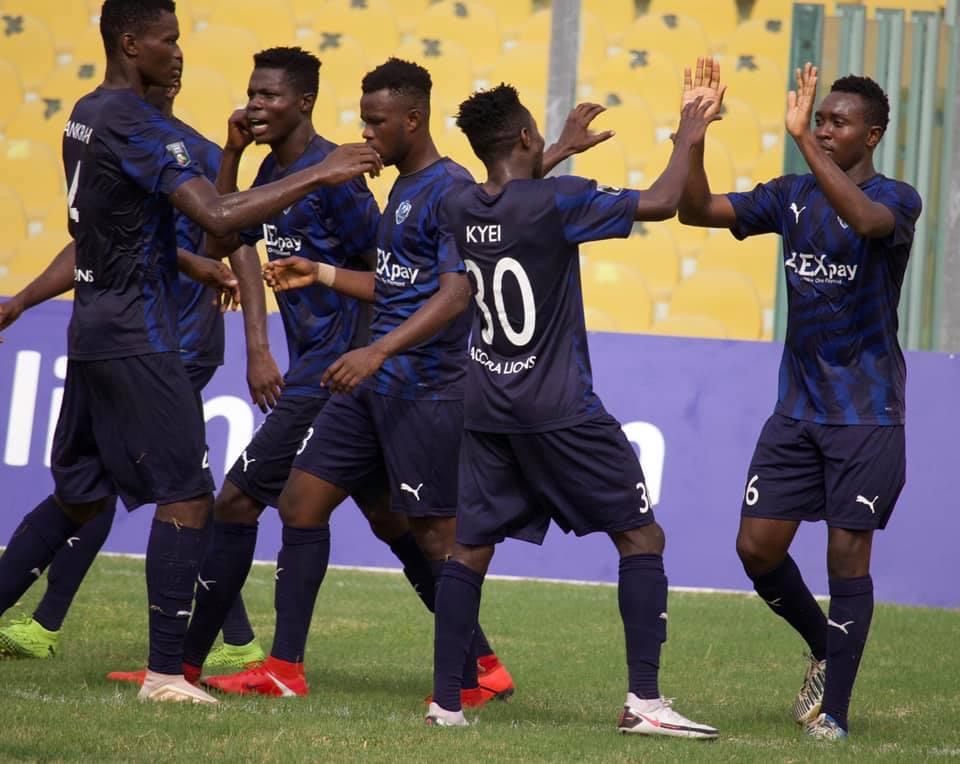 Accra Lions have extended their unbeaten start to the season to 11 games with victory over FC Nania at the Accra Sports Stadium on Monday.

Rauf Salifu and Evans Ampofo scored two brilliant goals in the first half before Nania pulled one back through Bissmark Asante in the second half.

The visitors started the game the better side, controlling the early exchanges and had the first effort target through Derrick Boye.

Striker Bismarck Asante came close for FC Nania after a cross found him in the box but he failed to connect.

Accra Lions were awoken from their early sleep, as they started to gain control of the match and following a brilliant play from the middle, Rauf Salifu was released through as he calmly slot hime the opener.

The hosts came close again but Joseph Addo’s cross into the box was cleared by a Nania defender.

However, with pressure mounting, they failed to stop Lions, who added a second after a scintillating move started by Christopher Acheampong ended with Evans Ampofo heading in the second.

Winger Oliver Amedor nearly made it three before halftime but his shot was too heavy to find the target.

FC Nania returned from the break determined and wasted no time in getting a consolation after a swift play from the right found Bismarck Asante. His strong header could not be kept out by goalkeeper Andrew Owusu.

Evans Etti who had barely threatened on the day could have extended the lead but the Nania defenders were on his heels.

Newboy Fredrick Asante was thrown into the game in the final minutes but the game was beyond the visitors.

It’s back to back wins for Accra Lions who comfortably sit top of the zone 3 table.