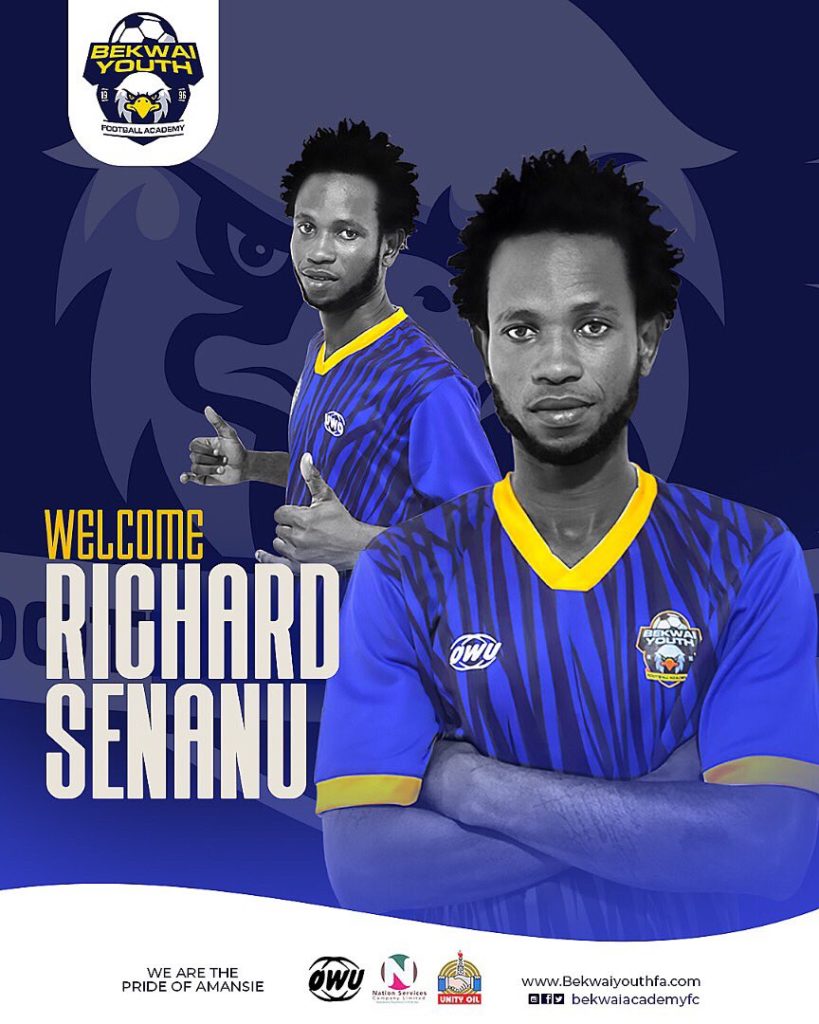 Division One League side Bekwai Youth Football Academy have bolstered their ranks with the signing of former Asante Kotoko midfielder Richard Senanu.

The club announced on Tuesday, 4 January 2022: ''We are delighted to announce the signing  of Former Asante Kotoko midfielder Richard Senanu.''

Senanu joins on a free-transfer after leaving the Porcupine Warriors in the middle of the last season.

He was deemed surplus to requirements at Kotoko after recovering from career-threatening injury.

In 2018, Senanu suffered an anterior cruciate ligament (ACL) during in a CAF Confederation Cup qualifier against Cameroonian giants Coton Sport.

The 27-year-old was flown to Germany for surgery and had to be sidelined for close to two years.

He later regained full fitness and was named in Mariano Barreto's for the just ended season but could not play a competitive match.