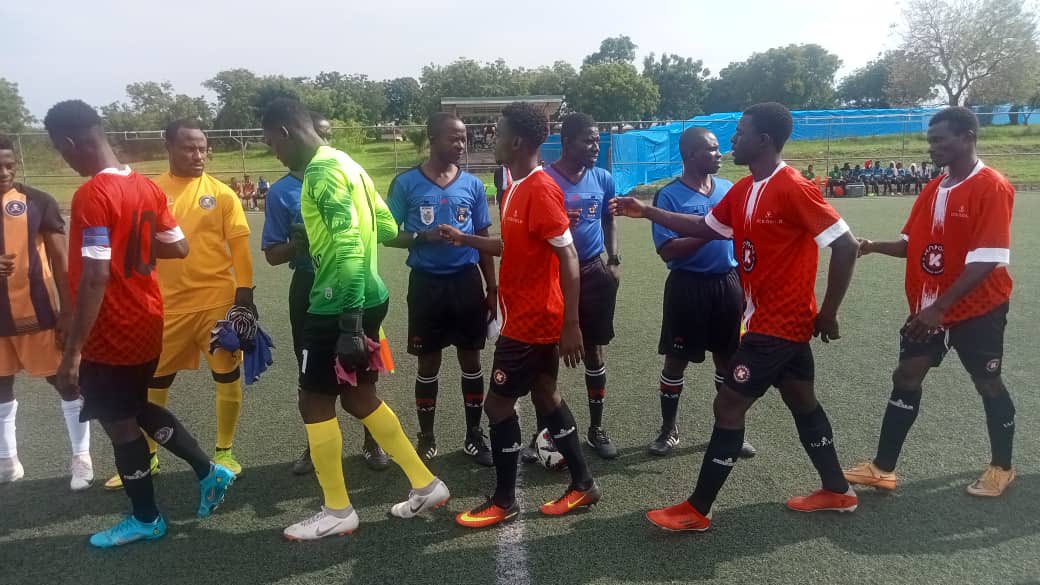 Kenpong Academy survived with nine men to draw 1-1 with Swedru All Blacks on Saturday, 15 October 2022, and remained unbeaten in Zone II of the Division One League.

The newcomers, playing at the Gomoa Fetteh Feyenoord pitch, took the lead in the first half to go into the break on top.

Herbert Addo scored the go-ahead goal in the 29th minute.

But after the interval, Kenpong had two players sent off and that allowed the visitors to come into the game with the equalizer.

In Zone III, former premiership side Liberty Professionals came from behind to earn a 1-1 draw at Vision FC.

Nana Kwame Oppong drew the Dansoman-based side level after Kwame Otu had given Vision a two-minute lead.