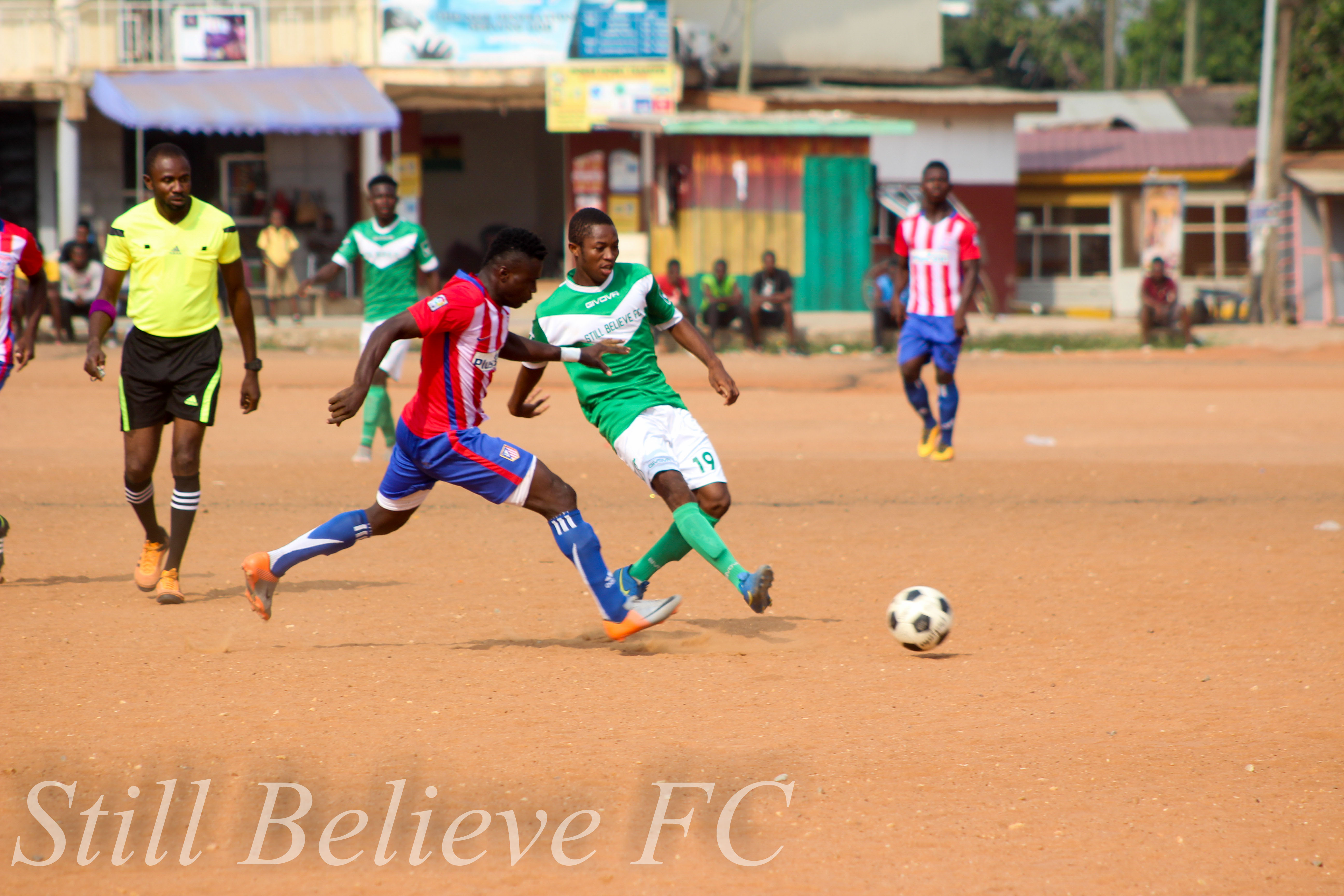 The Botwe Old Town-based side scored midway the second half of the match.

It was a game dominated by Still Believe FC who did not take their chances.

The first chance of the game fell to Samuel Pimpong in the 15th minute but after turning his marker inside out, he over-elaborated allowing the home side to clear their lines.