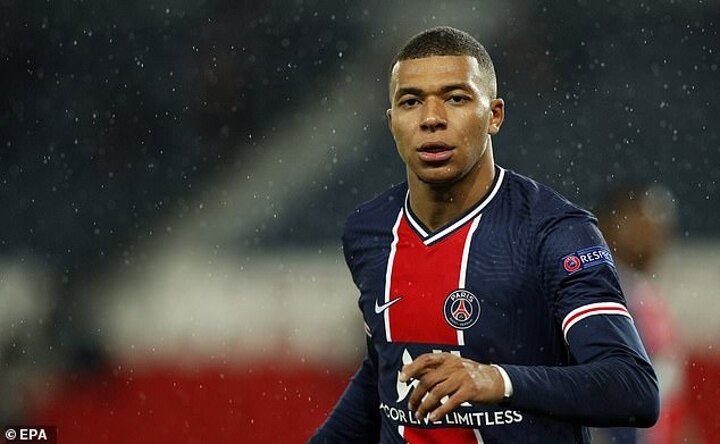 PSG ambassador Youri Djorkaeff says that the plan is for Kylian Mbappe to win the Champions League with the French club before leaving to test himself elsewhere.

Mbappe was part of the PSG side that reached the Champions League final last season, when Bayern Munich won 1-0.

Djorkaeff, who previously played for PSG himself, admitted that he doesn't envisage Mbappe remaining at the club for a decade, with a move elsewhere likely to materialise at some point.

'I think that Mbappe will always have the right opportunity,' Djorkaeff told Parisfans. 'Now he's on a project. He is entering his fourth year in Paris, he's a young player. I don't see him staying at PSG for 10 years.

'His future is to win titles on all continents, something few French people have done.

'Last year he had a great opportunity to win the Champions League. Unfortunately, he didn't. This year he will still have the opportunity. The ideal [scenario] is that he wins it and then after he signs in a big club. Everyone will be happy.'

Mbappe's current contract runs until the summer of 2022, and it will be intriguing to see where he ends up if he does eventually decide to leave. He has frequently been linked with a move to Real Madrid, with Liverpool seen as another possible destination.

The 21-year-old has enjoyed much success at PSG, winning three league titles, the Coupe de France twice, the Coupe de la Ligue twice and the Trophee des Champions once. Champions League success, though, has eluded him so far.

Mbappe has scored a hugely impressive 96 goals in 130 appearances for PSG so far.

PSG got their latest Champions League campaign off to an unconvincing start as they were beaten by Manchester United. They will look to respond when they face Istanbul Basaksehir this week.