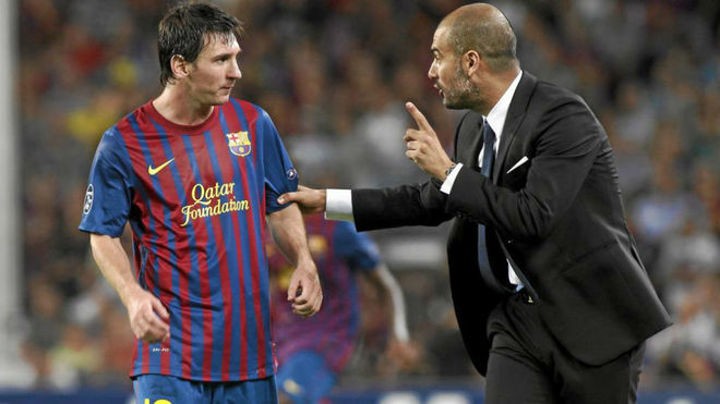 The possibility of Lionel Messi leaving Barcelona has been discussed this season more than it has been in most previous years.

The Argentine has a clause in his contract that allows him to leave the Camp Nou at the end of any given season and he has recently been involved in a public bust-up with sporting director Eric Abidal, so there have been plenty of doubts over Messi's future.

One of the teams linked with signing him was Manchester City, who are coached by Messi's former boss Pep Guardiola.

City also have former Barcelona directors Txiki Begiristain and Ferran Soriano on the board.

However, City's chances of convincing Messi to come to Manchester took a blow on Friday when they were banned from European competitions for two years by UEFA.

Should the ban be upheld by the Court of Arbitration for Sport (CAS), it's even more unlikely that City would be able to persuade Messi to join.