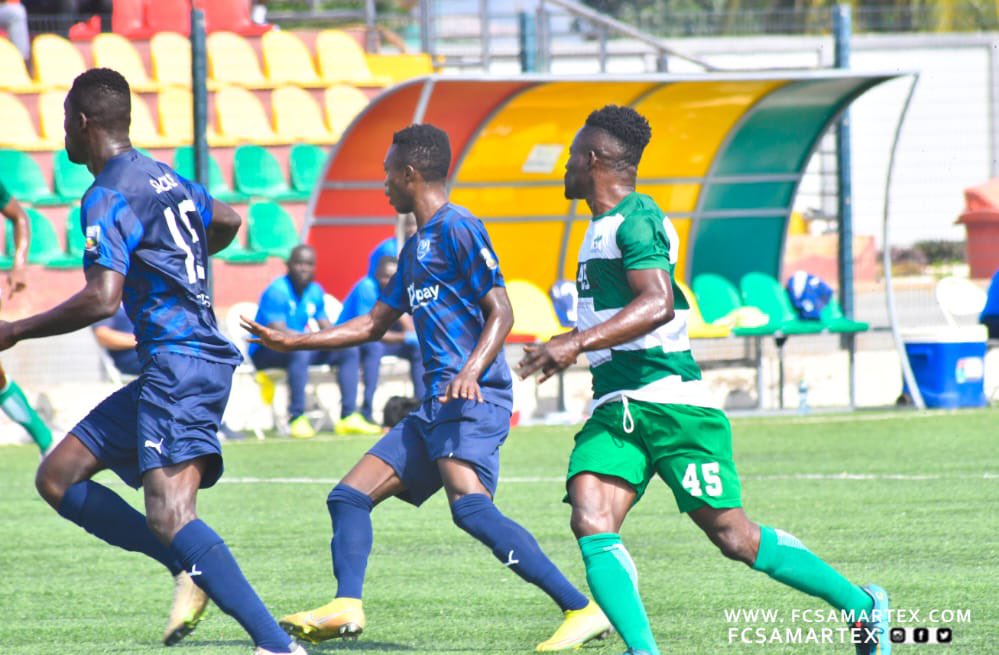 Newly promoted Ghana Premier League side, Accra Lions came from a goal down to beat Samartex in the Group B opener of the Division One League Super Cup.

The Zone III winners had a slow start to the game at the Madina Astroturf and conceded early from an Emmanuel Adu second minute freekick.

But right-back Christopher Acheampong leveled with a thumping strike after Oliver Amedor laid the ball for the defender.

Lions, who were dominant in the first half were unlucky to go into the break at 1-1, as they failed to take most of their chances.

However, the Accra-based club continued their impressive display in the second half and with 21 minutes left, Evans Eenee pounced on a pass from strike partner Fredrick Asante.