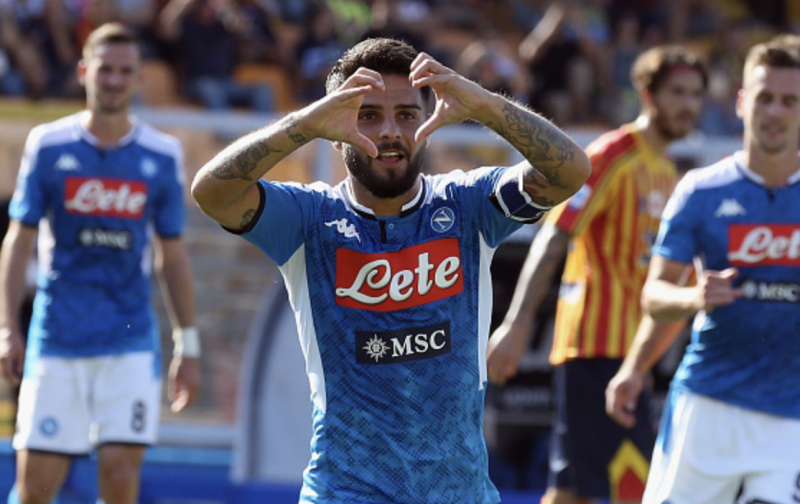 Napoli ran out comfortable 4-1 winners over Lecce at the Stadio Via del Mare in Serie A on Sunday afternoon.

VAR and two penalties provided plenty of drama as Napoli moved third in the Serie A table thanks to a double form Fernando Llorente, a Lorenzo Insigne penalty and Fabian Ruiz strike

Napoli went ahead just ahead of the half hour, when Piotr Zielinski won the ball high up the pitch before playing in Arkadiusz Milik, when his deflected shot found Llorente who cooly slotted home.

Napoli added their second of the game just before the break after Panagiotis Tachtsidis was deemed to have handballed in the penalty area. However, Insigne’s spot kick was saved by Gabriel, but the Napoli No.24 smashed home the retaken penalty.

Insigne set-up Fabian Ruiz for a fantastic curled finish just after the break, as Napoli steamed ahead. But there was a lifeline for Lecce as they were awarded a penalty after David Ospina wiped out Diego Farias. Marco Mancosu stepped up and made no mistake.

It wasn nevertheless fruitless as Napoli got their fourth of the game when an Insigne strike fell to Llorente who added his second in the 82nd minute.