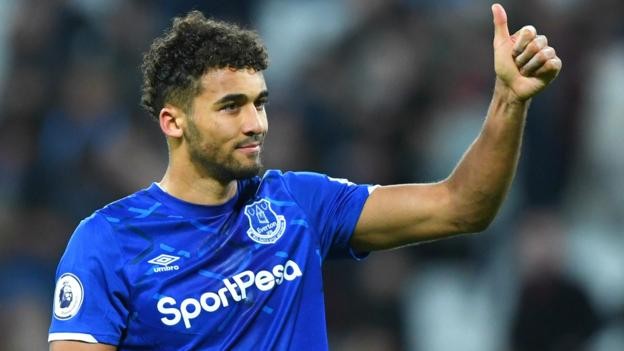 England skipper Kane is out until April with a hamstring issue while Rashford faces at least six weeks out with a back injury.

Calvert-Lewin, 22, has four goals in six games since Ancelotti arrived.

"Of course he can play for England," said Ancelotti.

Calvert-Lewin is enjoying the most productive season of his career since establishing himself as Everton's first-choice centre-forward.

"He has to fight as England has fantastic strikers," said Ancelotti. "But he has the quality and possibility to be a great striker in England and for England."

Ancelotti's comments echo Everton captain Seamus Coleman who said Calvert-Lewin had "stepped up another level" after the draw with West Ham.

England are back in action at the end of March when they play Italy and Denmark in friendlies as they continue to build towards this summer's European Championships.

In a news conference, Everton boss Ancelotti also said he was working on some targets to bring into the club but would not say who they were.

He confirmed injured forward Richarlison would miss out on facing Newcastle on Tuesday, as would Alex Iwobi and Gylfi Sigurdsson.