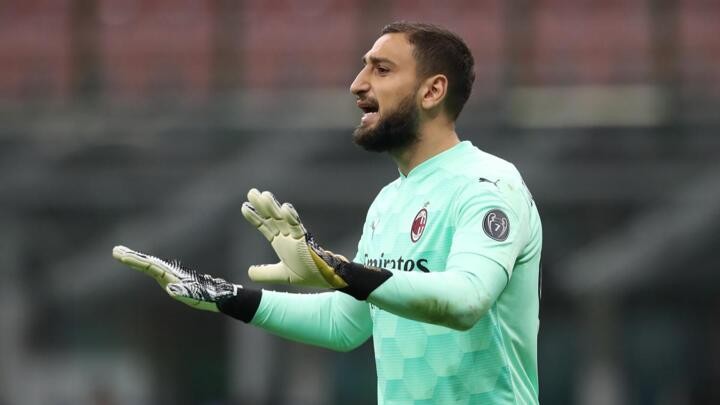 AC Milan goalkeeper Gianluigi Donnarumma has enjoyed a fine start to the 2020-21 season but could now sit out games after testing positive for coronavirus.

AC Milan goalkeeper Gianluigi Donnarumma has tested positive for coronavirus, the Italian club announced in a statement on Monday. Donnarumma was among five cases confirmed by the club following tests carried out on Sunday, along with Jens Petter Hauge and three other members of the group.

The Rossoneri are top of Serie A ahead of Monday's game in hand against Roma. They will now be without Donnarumma and Hauge for that match at San Siro, but the remainder of the squad tested negative on Monday.

"All are asymptomatic, were immediately subjected to home isolation and the local health authorities were informed," Milan said in a statement.

Donnarumma has been an ever-present in Milan's eight league and Europa League games this season.  In Serie A, he has kept three clean sheets in four matches, conceding only in the 2-1 derby win over Inter as Milan have earned 12 points. He has made 11 saves while his save percentage of 90.9 per cent is the best in the Italian top flight.

Donnarumma's absence would appear to allow Ciprian Tatarusanu to make his Milan debut after signing from Olympique Lyon in September.  Tatarusanu made just two league appearances in his single season with Lyon, keeping one clean sheet and making nine saves at a rate of 81.8 per cent.

Hauge's positive test comes as a blow after scoring his first goal for the club - a stoppage-time strike against Celtic last week.  That was the 21-year-old's second Milan appearance, having netted against the Italian giants for former club Bodo/Glimt in Europa League qualifying prior to his transfer.