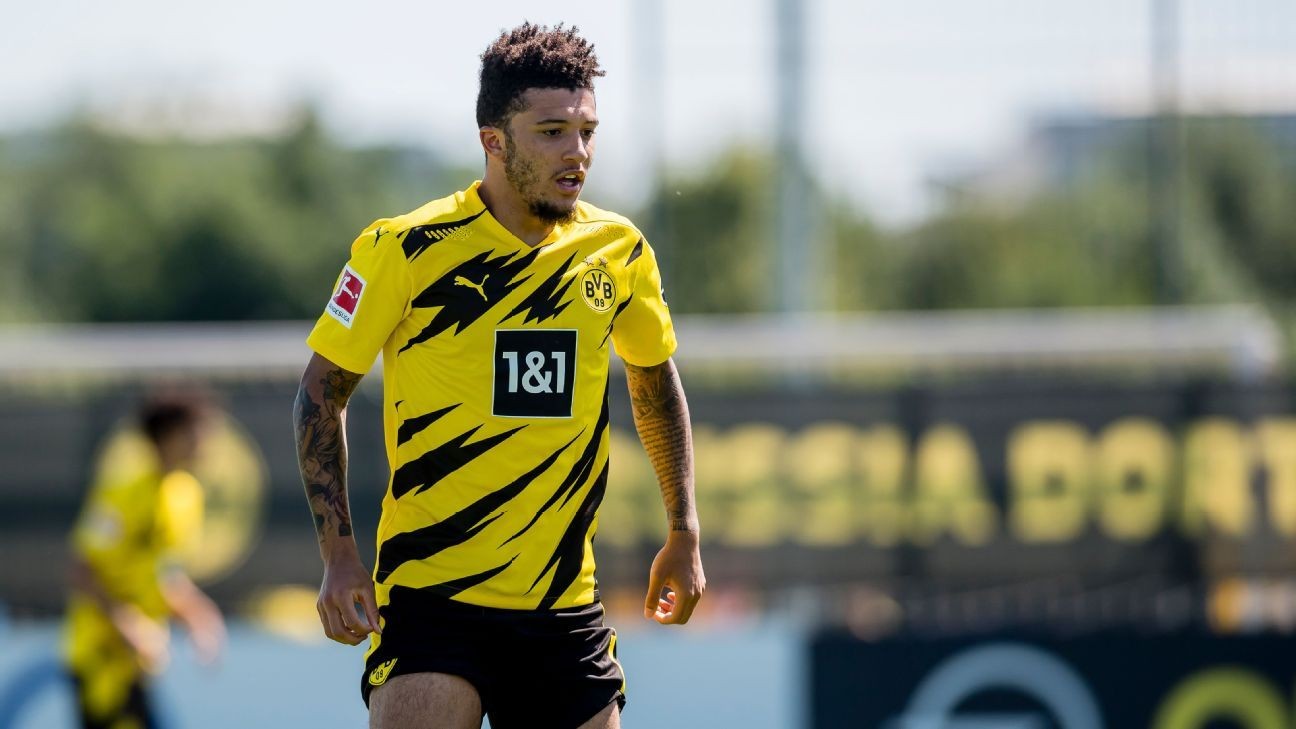 United are keen to sign Sancho but have so far refused to match Dortmund's €120 million asking price. The Bundesliga side have set a deadline of Aug. 10 for the two clubs to reach an agreement but Zorc believes the England winger will stay.

"I assume that Jadon will go to training camp on Monday and play with us for the coming season," he said on Wednesday.

Sancho is United's top target this summer but believe Dortmund's price tag is unrealistic in a transfer window that has been impacted by the coronavirus pandemic.

Dortmund CEO Hans-Joachim Watzke went as far as saying there has been no contact with United but sources have told ESPN that early negotiations have taken place. No bid has yet been tabled but there remains hope at Old Trafford that a deal can be reached.

"There has never been an offer for Jadon, but we have pre-emptively given the minimum of what should be paid," said Watzke. "So far, there has been no contact between Borussia Dortmund and Manchester United in terms of Sancho, either indirectly or through alleged intermediaries."

United boss Ole Gunnar Solskjaer was asked about Sancho at a news conference following the 2-1 win over LASK Linz on Wednesday but the Norwegian refused to be drawn on his transfer plans.

"We are looking into all transfers differently," said Solskjaer. "I'm not going to speak about individuals that are not our players. There is no update -- we'll give you an update when we can."

Solskjaer did confirm that a deal was in place that would see Alexis Sanchez permanently join Internazionale.

"We'll announce it tomorrow [Thursday]," Solskjaer said of Sanchez's deal with Inter. "He's agreed and we've agreed. He enjoyed his time there and they've liked him. He's a top player who we want to see playing his best football. We didn't see the best of him for whatever reason. He's a top professional, now we just wish him all the best."