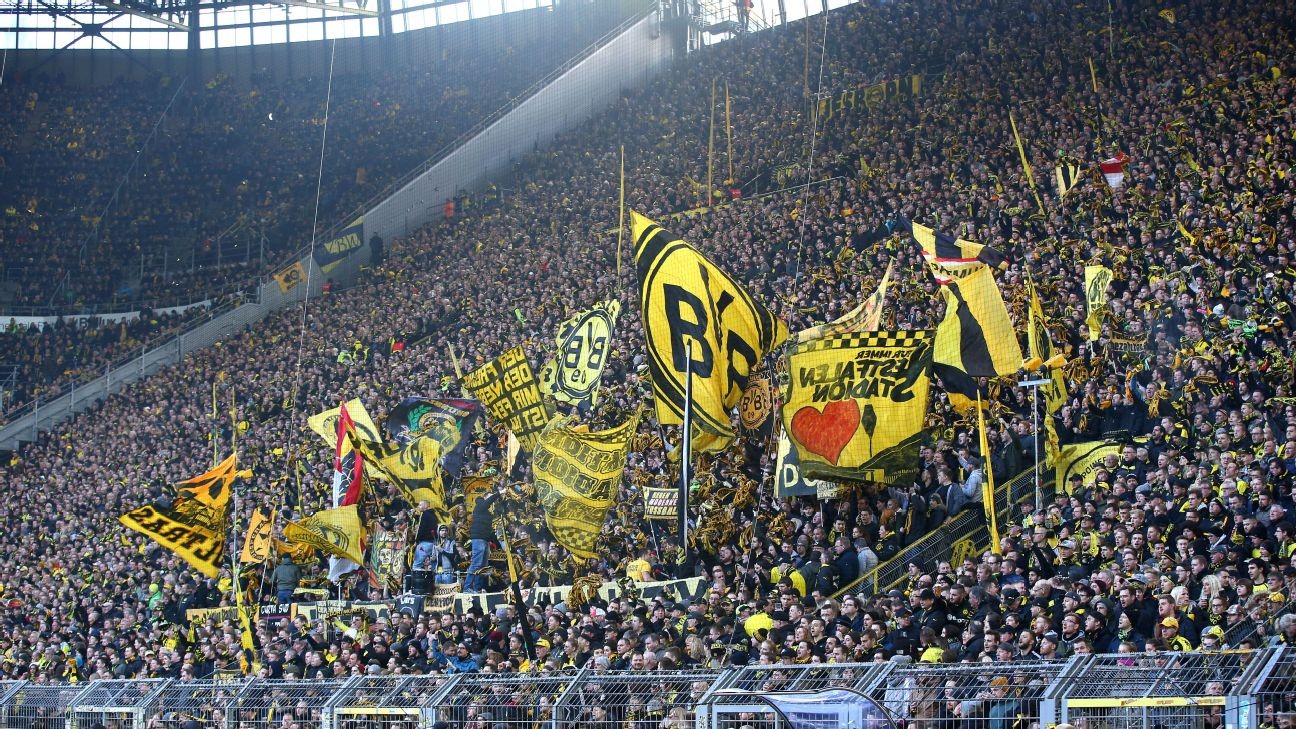 The ESPN FC panel were in awe over Erling Haaland's ability he displayed vs. PSG.

Shaka Hislop says Dortmund can punch "well above their weight" with Erling Haaland and Jadon Sancho.

Borussia Dortmund fans are set to be hit with a three-year away ban at Hoffenheim, sources have told ESPN.

The relationship between Dortmund supporter groups and Hoffenheim has been strained since the club won promotion to the Bundesliga in 2008 with the help of local billionaire Dietmar Hopp.

Dortmund supporters initially protested against Hoffenheim and Hopp as they believed the club's arrival in the top flight potentially undermined the Bundesliga's football culture by working around the 50+1 rule, which stipulates that more than 50% of a club must be owned by its members.

In November 2018, Dortmund were given a €50,000 fine plus a suspended three-game away fans ban for matches at Hoffenheim after supporters abused the home club's owner Hopp by displaying offensive banners, including one showing a portrait of the 79-year-old in cross hairs with "Hasta La Vista Hopp!" written underneath.

Hoffenheim described the banner as "an incitement to murder" and urged the German FA to deduct points from Dortmund -- a demand BVB CEO Hans-Joachim Watzke called "unbelievable."

In May 2019, Dortmund were fined by a Sinsheim district court after supporters verbally abused Hoffenheim owner Hopp a year earlier. Dortmund have appealed against the judgement, but have yet to receive a date for their appeal hearing at the regional court.

Some of the fans, aware of the suspended ban, then chanted: "Never again, Hoffenheim."

Sources have told ESPN that Dortmund will not appeal the German FA's decision.